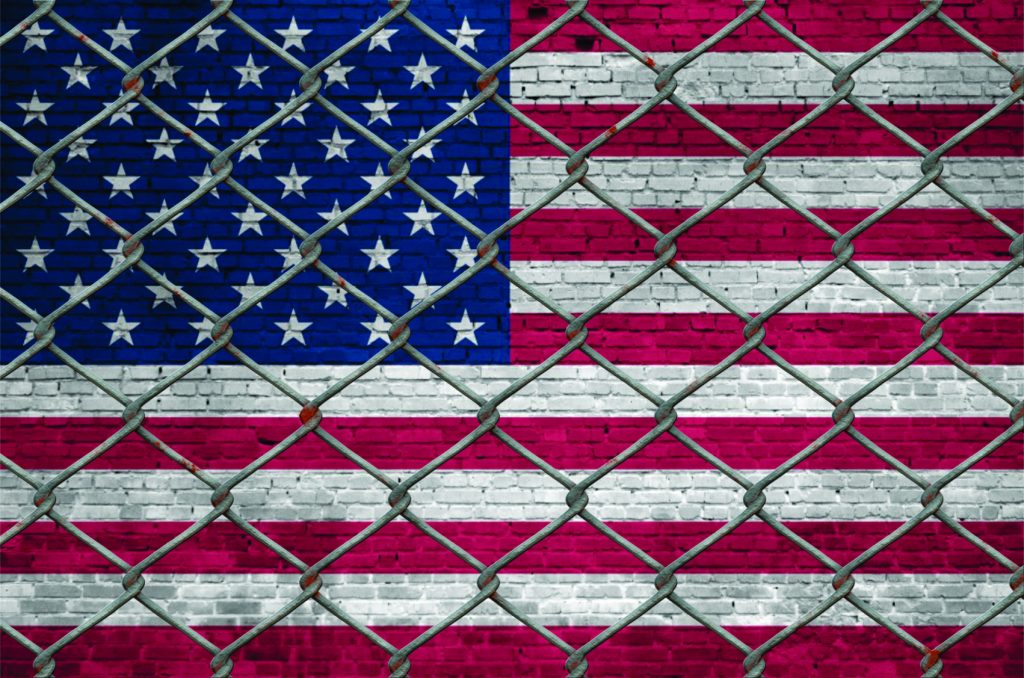 Who Will Be Denied to Enter to the US.

Immigration Services and U.S. embassies use “visa surveillance” computer systems that receive information from the government about particularly problematic people, such as those who have committed serious crimes or who have broken immigration laws in the past. Consular officers and immigration officials at the airport or port and consuls check that the applicant’s name is listed here.

However, nonimmigrant entrants are sometimes ‘passed’ even by those who cannot legally obtain a visa or enter the United States. People who apply for permanent residency in the United States or abroad are subject to much more detailed checks on whether they are denied entry than nonimmigrants.

The immigration office or embassy conducts a physical examination and police background check to determine whether you have an infectious disease, which is not accepted by non-immigrant visa applicants except for K visa applicants. This is why the green card process takes so long. Even if the applicant falls under any of the reasons for refusal of entry, he or she may apply for an exemption to obtain a nonimmigrant visa or permanent residence.

In the criminal category, single crime includes criminal convictions that we commonly consider to be “crimes,” including nonviolent offenses such as fraud. However, there are cases where crimes such as simply breaking government regulations are not included.

In addition, the maximum sentence for the crime is one year of imprisonment, and if the applicant is sentenced to less than six months, it is not included as a criminal record. It also does not include nonviolent political crimes or single criminal convictions committed before the age of 18 (if more than five years have elapsed since release from prison after the offense occurred).

Even if the applicant’s past offenses are not included in this single criminal record, you must disclose and explain that fact when the application asks if you have been arrested before. For certain crimes, even if it is “attempted”, it is a reason for refusal. Drug offenses, including drug possession, are also covered.

In the criminal category, multiple crimes are counted as having committed two or more crimes if they have a total of five years in prison. However, nonviolent political crimes are excluded. Includes prostitution/commercialized vices, prostitution in the past 10 years, criminal offenses exempted from prosecution, drug dealers or possessors of drugs.

This includes not only taking, possessing, or selling drugs to others, but also other drug-related offenses and attempted acts. Also, even if you don’t have a criminal record, you could be denied entry just to think that you have reason to believe that the consular officer is meddling in the drug trade. Under US immigration law, drug-related offenses are very clear grounds for denial of entry.

If an infectious disease is suspected, entry may be denied. These include AIDS and sex-related diseases such as gonorrhea and syphilis, as well as benign pulmonary tuberculosis, all of which are tested in a physical examination prior to your permanent residency interview. In general, even if you have such a disease, if your doctor confirms that the disease is treatable or negative through a follow-up physical examination, you can be excluded from the reason for refusal of entry.

Drug addicts and abusers, including physical or mental disabilities. This includes intellectual retardation or mental illness that poses a threat to the applicant or others. However, mere delay in intellectual development without threatening others is not a reason for refusal of entry. You may be denied entry because of your past history or current status of having a disability that is harmful to others. This denial may also include things like chronic alcoholism that harms others and a history of drunk driving.

Spies and saboteurs may be denied entry. Anyone who seeks to secretly export internationally sensitive technology, who seeks to engage in illegal activities, who seeks to subvert government, terrorists and hijackers, jeopardize U.S. foreign policy, It does not include acts or assertions that are human beings.

Nazis, genocide participants, members of the Communist Party or other dictatorships are not grounds for refusal of entry to non-immigrants, even immigrants who left the party at least two years ago, or who joined the party involuntarily, automatically, or ‘when it is not meaningful’. It is not a reason for refusal of entry. Also, you will not be denied entry simply for writing or giving a speech promoting communism.

Those who are likely to receive public assistance (social welfare) or come from a medical school in their home country other than from an accredited US or Canadian medical school, who came to the United States mainly to treat themselves as specialists, but have not passed the medical examination required for the issuance of an immigrant visa as described above, enter the country Rejected. The reason for refusal of entry to foreign medical school graduates is only for doctors who immigrate to the second or third priority.

A person who lies or uses false documents in an application or interview will also be a reason for refusal of entry. If you intentionally tell a lie that directly affects the visa issuance, you will be subject to the reason for refusal of entry for up to 10 years. This includes lying while planning to work or live in the United States without proper immigration status.

Smugglers, smugglers, and those without a passport or visa will also be denied entry. Nonimmigrants must hold a passport valid for at least six months. Even if you have a visitor visa, you may apply this denial if USCIS officials determine that you intend to stay or work in the United States without an appropriate immigrant/nonimmigrant work visa.

Other reasons for refusal of entry include US draft evaders or ineligible citizens, immigrants contemplating polygamy, people accompanying foreigners who are subject to entry denial, and international child abductors.

Shade House has experience leading to success, even in extremely difficult or unsuccessful cases. We will wisely use the numerous success stories we have accumulated over the years to get your case approved.