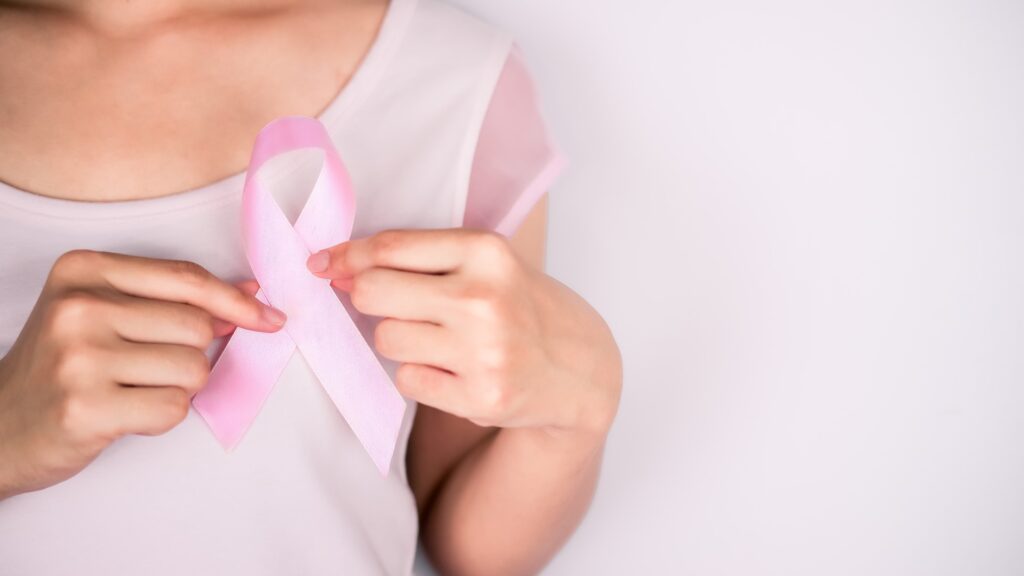 What You Need to Know About Breast Cancer: Prevention and Detection

In 2013 alone, 230,815 women and 2,109 men in the United States were diagnosed with breast cancer. Of those diagnosed, 40,860 women and 464 men died from the disease. Breast cancer is the most common cancer found in women of all races and ethnicities, but there are ways to help prevent it. While not every risk factor can be altered, there are a few everyday lifestyle changes that can help ensure the risk level is as low as possible.

Prevention
When it comes to breast cancer diagnoses, being a woman is the biggest risk factor. It’s possible for men to develop the disease, but only one percent of new cases every year are attributed to males. Conversely, 250,000 new cases will develop in females over the next year.

Approximately five to 10 percent of breast cancer diagnoses are deemed hereditary. These genes can be passed from the mother’s or father’s side through a variety of mutated genes. Know what you’re up against and get screened accordingly.

Harvard researchers recently found that women who had high levels of carotenoid levels in their blood had a 19 percent lower risk of breast cancer. Carotenoids are found in many fruits and vegetables. A clean diet from childhood through adulthood can prevent three percent of breast cancers.

Getting active at least four hours every week would prevent 11 percent of breast cancers. The likelihood is further reduced if physical activity begins as a child and continues throughout life. This is because estrogen, which can stimulate the production of cancer cells, is produced by fat tissue following menopause, so the more fat there is, the more estrogen will be generated.

Moderate alcohol consumption is correlated with an increased risk of breast cancer. Studies show women who consume two to three alcoholic beverages per day have a 20 percent higher risk than non-drinkers.
• Breastfeed, If Possible

A recent study in the American Journal of Clinical Nutrition found that women who consistently breastfed for at least six months had a 10 percent reduced risk of breast cancer compared to those who did not.

Detection
Breast cancer screenings are performed to check a woman’s breasts for cancer before there are signs or symptoms of the disease. Though this type of preventative care cannot defend against breast cancer, it can assist in early detection of symptoms when treatment is likely to be most effective. Breast cancers found during the screening process are more likely to be smaller masses that are still confined to the breast and have not yet spread to other parts of the body. According to the American Cancer Society, the five-year survival rate for breast cancer that’s not spread past the breast is 99 percent.

• When/Where to Screen
The United States Preventative Services Task Force recommends that women ages 50 to 74 get a mammogram every two years. Those between the ages of 40 to 49 years old should consult with their primary care physician as to the best time to begin screenings. Breast cancer screenings can be performed at a clinic, hospital or doctor’s office. Most health insurance plans are required to cover mammograms every one to two years for women beginning at age 40.

• Types of Screenings
o Mammograms are x-rays of the breast. They are currently the most effective way to detect breast cancer early, before the cancer is large enough to generate symptoms. Mammography has helped reduce breast cancer mortality in the U.S. by nearly one-third since 1990.

o Breast Magnetic Resonance Imaging (MRI) uses magnets and radio waves to take pictures of the breast. MRIs are often used in conjunction with mammograms to screen those who are at high risk for breast cancer, at which point they are no longer considered a screening procedure, but rather a diagnostic test. With or without an MRI, a breast tissue biopsy or lumpectomy may be indicated to allow for tissue diagnosis, if further clarification is needed.

o Clinical Breast Exams are manual examinations by a doctor or nurse, who uses his or her hands to feel for lumps or other changes.

o Self-Exams are those performed on one’s own body to check for lumps, pain, changes in size or any other differences that may spark concern. It’s important to remember that no breast is typical. The look and feel of breasts can be affected by a woman’s menstrual cycle, childbirth, weight loss or gain, certain medications and even age. When completing a self- exam, try to check at the same time every month. If there are new or changing lumps, see a primary care physician right away. Do not be shy or apprehensive when reporting a new finding to the doctor’s office. An ounce of prevention is worth a pound of cure. Self-exams are a great first line of defense because women are more familiar with their own bodies than anyone else and may be the first to identify an abnormality. Women with dense breasts may have difficulty with this, but it’s important to note the regular landscape of each breast to better determine if something is new, compared to a previous self-exam.

The signs and symptoms of breast cancer can present differently in each individual. While some women may not show any signs or symptoms, others could show warning signs such as the following:
o Lump(s) in the breast with or without an underarm lump
o Thickening or swelling of part of the breast
o Dimpling of breast skin
o Redness or flaky skin anywhere on the breast
o Inverting nipple or pain in the nipple area
o Nipple discharge other than breast milk, including blood
o A change in the size or the shape of the breast

It’s important to note that while these symptoms can be associated with breast cancer, they may also be present with other, less serious conditions. Don’t be shy – discuss your findings with your primary care physician.

Dr. Gina Lynem-Walker is a physician consultant for Blue Cross Blue Shield of Michigan. For more tips on how to live a healthier lifestyle, visit AHealthierMichigan.org.