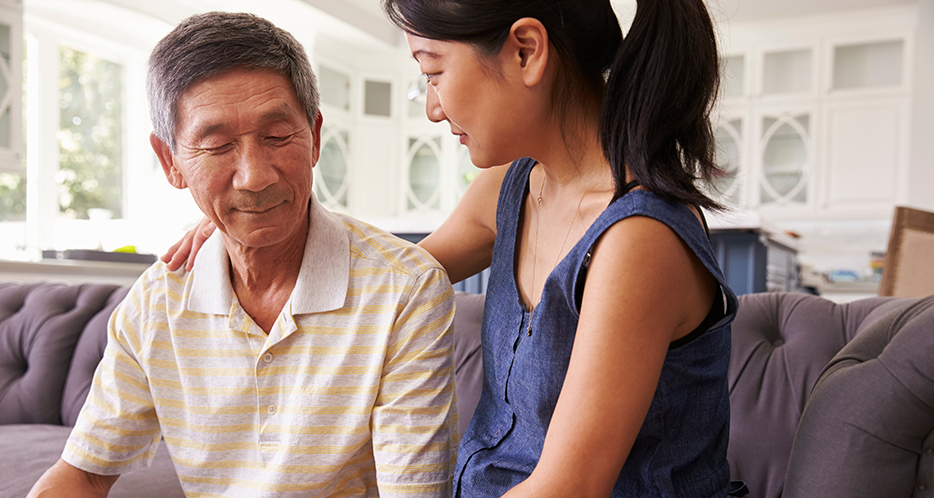 What to Do When Cultural Styles Clash During Caregiving

Learn to understand the differences and find common ground

Don became much quieter around his family members and friends after he was diagnosed with metastatic colon cancer. The son of Irish immigrants, he’d grown up among relatives who’d avoided talking about upsetting subjects and he had learned to withdraw to protect others from his troubles. During the months of chemotherapy that followed, he never mentioned his cancer, moped or complained.

Stacey, his life partner and primary caregiver, felt a greater need to talk. She grew up in a traditional Italian American family that vented frequently (and often vociferously) about anything that bothered them. As Don went stoically silent, Stacey filled the void with frequent nervous exclamations. She was frantic about his cancer and yearned for greater emotional connection with him. But the more she talked about her concerns, the more he withdrew. The more he withdrew, the more shut out and alone she felt. Rather than rallying together during this medical crisis, their different styles of emotional expression were driving them further apart.

Cultural stereotypes are merely that — sweeping generalizations to characterize the differences in outlooks and behaviors among different racial and ethnic groups. If taken too literally and applied without caution to any one individual, though, they can become the basis for prejudice and discrimination.

Yet social scientists have long studied how cultural factors influence — to some degree, at least — how we react to the world and relate to one another. For example, some researchers have suggested that European cultures generally promote more animated emotional expression than do Asian cultures. A recent meta-analysis published in the academic journal The Gerontologist, suggests that African Americans caring for family members with dementia have better psychological well-being, and Latino dementia caregivers worse physical well-being, than white dementia caregivers.

We should never see others strictly through the lens of cultural stereotypes. But having greater awareness of how varying cultural influences can impact caregiving family members may prevent misunderstanding and conflict. How can we use cultural awareness to create more harmonious caregiving teams? Here are some ideas:

For love of genealogy (our country’s second favorite hobby after gardening, according to ABC News), many of us have investigated and revel in our family stories of coming to America and putting down roots here. But fewer of us consider what our families brought from the old countries and passed down to us besides foods, customs and perhaps superstitions. Culture affects whether we are optimistic or pessimistic, our emotional styles, the structures of our families, how invested we may be in caring for our elders, and even if we are strict or lenient with our kids. It is important for each of us to think about how our cultural backgrounds influence our expectations and behaviors as family caregivers. This is especially true during highly stressful times when we are apt to rely subconsciously on those attitudes and tendencies we absorbed early in life from our parents.

They say opposites attract. But opposites also are well advised to take the time to understand one another, including the influence of cultural backgrounds. How does my spouse approach crisis, you might ask, and is that consistent with the tradition he or she has been taught? If Stacey realized the effects of Don’s stoic upbringing, then she might not experience his withdrawal as rejection or even a sign he’s given up so much as a cultural style for coping.

It’s not surprising that relationships work better when spouses listen to and respect each other rather than trying to make the other person conform to our preferences. The same is true for cultural styles in family caregiving. It would be ideal for spouses to talk honestly and with curiosity about how their differences in assumptions may put them at odds during caregiving’s duress. That doesn’t mean we pigeonhole them for being typically Irish, Italian, German, Jewish, African American, Muslim, Mexican or Catholic; the very suggestion sounds offensive. But it means we are considering a broader scope of possible influences to enrich our understanding and empathy.

As with any relationship difference, cultural or otherwise, we seek to accommodate one another, adapt to each other’s idiosyncrasies and find the right compromises. For a voluble Italian American and a tight-lipped Irish American, that means finding the right amount of discussion about cancer that won’t overwhelm Don but helps Stacey connect. That’s how they can become a unified force during caregiving against a common and frightening foe.

Barry J. Jacobs, a clinical psychologist, family therapist and healthcare consultant, is the co-author of Love and Meaning After 50: The 10 Challenges to Great Relationships — and How to Overcome Them and AARP Meditations for Caregivers (Da Capo, 2016). Follow him on Twitter and Facebook.

60% of U.S.-made parts are required to be recognized as ‘Made in USA’ from October 25th