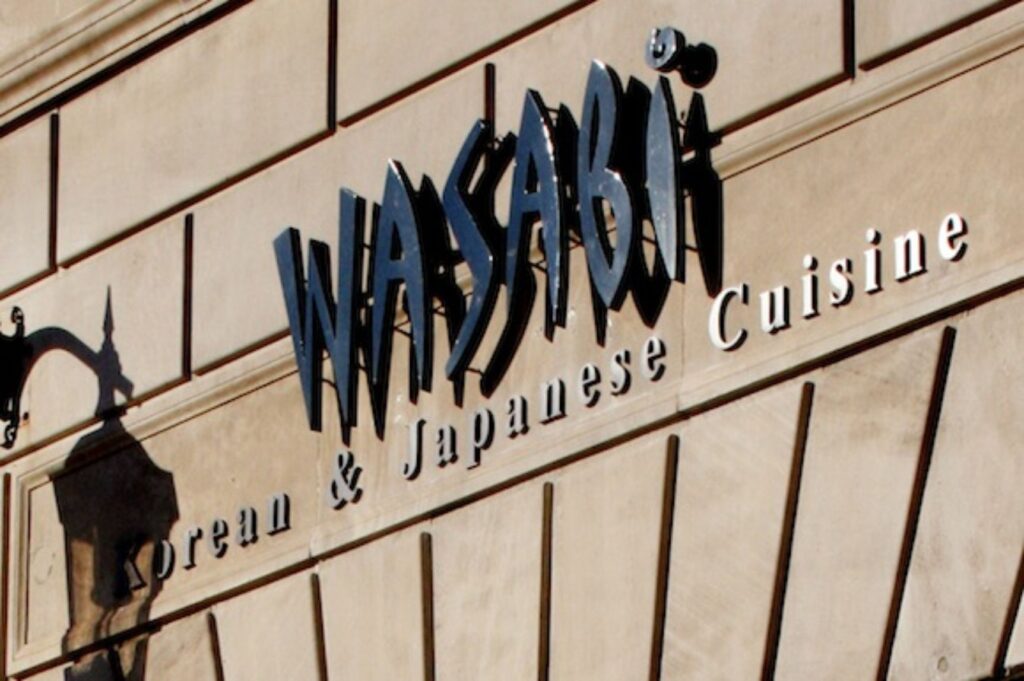 When he’s not checking on clients, 43-year-old restaurateur Chul-Woong Kang can often be found behind his computer next to the entrance of Wasabi (www.wasabidetroit.com) on the ground floor of the historic Park Shelton (www.theparkshelton.com). He obsessively monitors Yelp reviews of his Japanese-Korean restaurant (http://www.yelp.com/biz/wasabi-detroit), personally messaging legitimately disgruntled customers, and has even sent a reimbursement check for a poor experience.

“You provide decent food, try to take care of your customers – and customers won’t go away,” he says. “I monitor Yelp, and whenever I see an incident, I respond right away. “

In the 1990s, Kang spent five years working all over Detroit in various typical Korean businesses – beauty supply stores, flea markets. When he left to go to grad school in Ann Arbor, Kang vowed never to return.
15 years later, he is back, but this time as his own boss. Kang and business partner Sung Hoon Kim opened Wasabi in the summer of 2008. Kim, who is an architect, designed the space and built the sturdy black tables himself.

When the restaurant opened, it was the Park Shelton’s sole occupied storefront along Woodward (the barber shop simultaneously moved to the Kirby side).

Since then, Good Girls Go to Paris Crepes, Leopold’s Books (www.leopoldsbooks.com), Good’s giftshop (www.goodsdetroit.com), 14 East café (www.14eastcafe.com) have opened on that row, and Rodin bar is set to open later this year. Kang believes the new activity is good for his restaurant.

“When the first one [Good Girls] came in, we lost about 10% of our business,” he says. “But then in three months, more people saw my business and started to come. The more restaurants you have, they boom together. I think it’s a good thing. It makes a better Detroit.”

What brought Kang back to Detroit after vowing never to return?

Kang says he knew there was money here, and was willing to take a chance though many fellow Koreans were wary of the city and didn’t believe there was a market in Detroit. He credits this insight to his five years working all over town while living near Wayne State (www.wayne.edu) campus.

Kang chose Midtown for the student population and the lunch crowd from the hospitals, university, and museums. After spending three days scouring the area’s dining scene, he went home feeling confident.
“I had an idea of what my food presentation would be,” says Kang, “and saw that I had no competition – no one in Midtown was offering what I was planning to.“

When asked about his experience opening a business in Detroit, he sighs.
“Have you ever been to a city office in Korea?” he asks. “When you walk in, they greet you by saying “Client, you are loved.” It makes me want to say “I love you” back. If they aren’t nice, they get kicked out.”
The biggest challenge, in his opinion, is how long every trip to the City takes, and how many separate trips are required.

“The City needs to make the process go faster,” he says. “Ask anyone. Why do I have to go to the fire department to pay? I spent an hour there just while they were looking for my file. Hopefully they put it online. “

“Sue Mosey helped me a lot,” says Kang. “Oh man, without her – for example, with the liquor license – she helped me go through that whole process without having to hire a lawyer, which would have cost another $6-10,000. “

Mosey also helped with the signage, which Kang says was very expensive and involved a complicated process due to the Park Shelton’s historic designation.

Kang is happy to hear that the City has hired a small business advocate and is working on shifting permitting services online (http://71.159.23.2/BSEOnline/general.action?pageId=950). He is planning to expand his business downtown and wants to lease space in a city-owned structure near the Westin Book Cadillac (www.bookcadillacwestin.com).

“It will be mainly a bar with sushi, but we’re planning something different. There’s a lot of traffic downtown from events, and even so-so places are doing good business.”
Three years in, Kang is feeling good about his restaurant.

Kang says his most popular offerings are the lunch boxes “because they are unique and a great deal.” He came up with the lunch box after doing market research on quality and amount of food offered by area restaurants.

He adds that while the Korean meat dishes – bulgogi, kalbi, spicy pork – are all very well-liked, demand is pretty evenly split between Japanese and Korean. People like the variety, he says.

Though the large menu offers a range of Japanese and Korean hot entrees, the sushi is also a particular draw. He mentions a favorite client who used to get his sushi at Seoul Garden (www.aaseoulgarden.com), another Japanese-Korean restaurant in Ann Arbor, where Kang previously worked as manager. Dr. John lives in Ann Arbor but works at the Detroit Medical Center (www.dmc.org), and now gets his weekly sushi fix in the city at Wasabi.

He is also optimistic about Detroit’s future – more so than that of the state.

“I think Michigan’s economy will take at least 2 years to grow, but Detroit seems like a different story. Shouldn’t look at it by economic calculations about things going down. I’ve only been back three years, but I lived here fifteen years ago and remember what it was like. “There’s new blood coming in. I can feel it reviving.