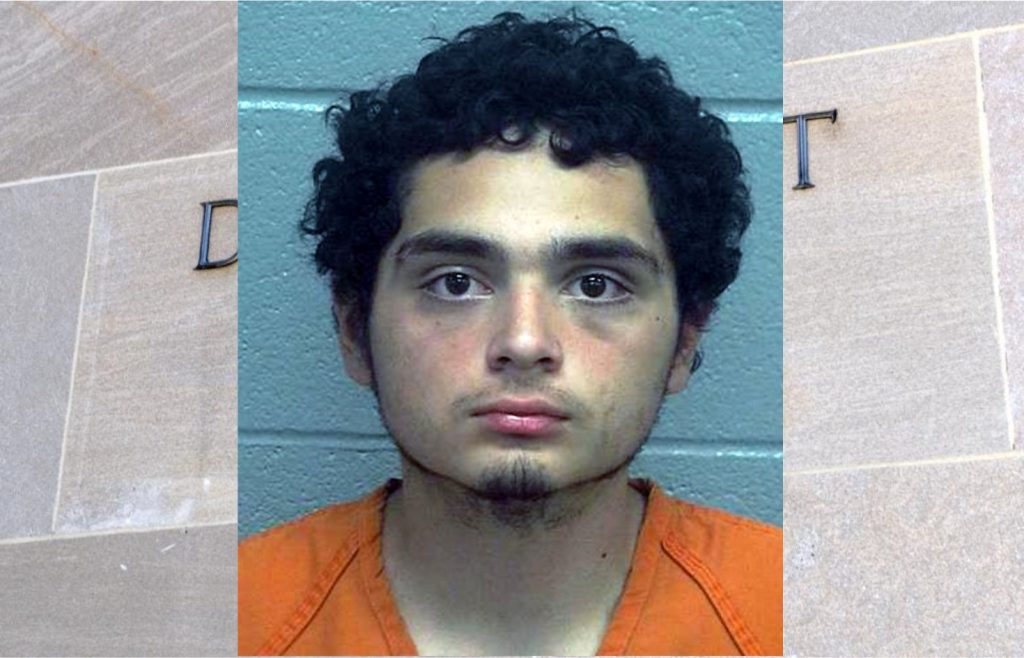 WASHINGTON – The Justice Department announced today that Jose Gomez III, 21, of Midland, Texas, pleaded guilty to three counts of committing a hate crime for attacking an Asian family he believed was responsible for the COVID-19 pandemic because he believed them to be Chinese.

According to documents filed in connection with the plea, Gomez entered a Sam’s Club Warehouse in Midland, Texas, behind an Asian family with young children on March 14, 2020. Gomez had never seen the family before and believed they were Chinese. Gomez followed the Asian family in the store for several minutes because he perceived them to be a “threat” as they were “from the country who started spreading that disease around.” Gomez then momentarily left the family to find a serrated steak knife in the store. Gomez bent the blade so that when he held the handle in his fist, the blade rested against his knuckles, sharp-edge facing outward. Gomez returned to the Asian family and punched the father, identified by the initials B.C., in the face, cutting him. Gomez then left the scene, only to retrieve an eight-inch knife from the store.

When Gomez returned, he abruptly went after B.C.’s two young children – then aged 6 and 2 years old – who were seated in the front basket of the shopping cart.  Gomez slashed open the face of R.C., the then-six-year-old child. The blade entered millimeters from R.C.’s right eye, split his right ear, and wrapped around to the back of his skull. Gomez also stabbed a white Sam’s Club employee who intervened to stop Gomez from further assaulting the Asian family. While being held down on the ground, Gomez yelled at the Asian family, “Get out of America!”

“An Asian family was shopping when the defendant brutally attacked them because of their race and because he blamed them for the COVID-19 pandemic,” said Assistant Attorney General Kristen Clarke for the Justice Department’s Civil Rights Division. “Racially motivated hate crimes targeting the Asian American community are on the rise and have no place in our society today. All people deserve to feel safe and secure living in their communities, regardless of race, color or national origin.”

“The defendant violently and horrifically attacked an unsuspecting innocent family because of how they looked and where he thought they came from,” said U.S. Attorney Ashley C. Hoff of the Western District of Texas. “This type of hate-based violence has no place in our society and will not be tolerated. These victims and others who suffer such brutal, hate-based attacks deserve justice and to live without fear in our communities. We will continue to vigorously enforce federal laws that protect civil rights and combat bias-motivated violence.”

“No one should be afraid to go shopping or feel like they could be targeted by an act of violence based on their race, ethnicity, religion, disability, sexual orientation, gender or gender identity, country of national origin, or immigration status,” said Special Agent in Charge Jeffrey Downey of the FBI El Paso Field Office. “Acts of hate and racism have no place in our community and will not be tolerated. The FBI encourages people who have been victims or witnessed a hate crime to contact the FBI at 1-800-CALL-FBI.”

Gomez faces a maximum sentence of life in prison and for each offense, a $250,000 fine.

The case was investigated by the Midland Police Department and the FBI. The case is being prosecuted by Assistant U.S. Attorney Glenn Harwood of the Western District of Texas and Trial Attorney Angie Cha of the Civil Rights Division’s Criminal Section.