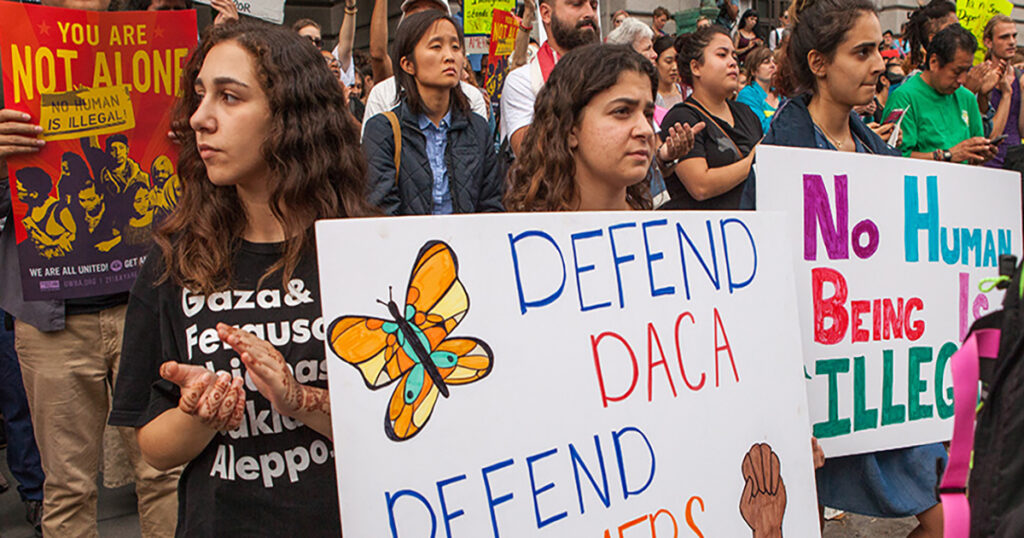 Protect DREAMers At Risk of Deportations: NAKASEC Welcomes the BRIDGE Act, Alarmed By the SAFE Act

On the same day the BRIDGE Act was introduced, Senator Jeff Flake (R-AZ) introduced the Securing Active and Fair Enforcement (SAFE) Act, which provides similar protection for DREAMers, but includes tough and costly enforcement measures such as increased mandatory detentions and expedited deportations.

In response to news of the BRIDGE Act, Luke Hwang, DACA Recipient and youth leader from NAKASEC’s Chicago affiliate, the Korean American Resource & Cultural Center (KRCC) stated, “I am hopeful and encouraged that I may be able to continue pursuing my graduate degree and plan for my future in this country together with my family.  I have been frightened at the potential threat of the DACA program ending.  But seeing Senator Durbin on the floor of the U.S. Congress advocating for DREAMers like me every day has energized me to be active myself and share my story to move others to support all immigrants.”

“NAKASEC welcomes the introduction of the BRIDGE Act and applauds the bipartisan leadership of Senators Durbin and Graham,” said National Korean American Service & Education Consortium (NAKASEC) Executive Director DJ Yoon.  “Currently, the future of 750,000 young people, including 25,000 Asian Americans and Pacific Islanders, who had bravely come out of the shadows is precarious. President-elect Donald Trump had campaigned that he would rescind the DACA program and put all these promising young people at risk of deportation. That is wrong and unacceptable. We have to ensure that these young immigrants can continue contributing their talents to the only country that has been their home. But let’s also be clear that the BRIDGE Act is just part of the solution. There is a longstanding need for broader immigration reform.”

Jenny Seon, Immigrant Rights Project Director of NAKASEC’s Los Angeles affiliate, the Korean Resource Center (KRC) added, “For the past four years, our center, along with KRCC and NAKASEC, has provided DACA application assistance, screenings, and education to 14,210 young immigrants and witnessed how their lives were transformed. Our country must not go backwards on these gains. And we won’t compromise the protection of DREAMers in exchange for increased enforcement and that’s why we should all be alarmed by the proposed measures in the SAFE Act.”