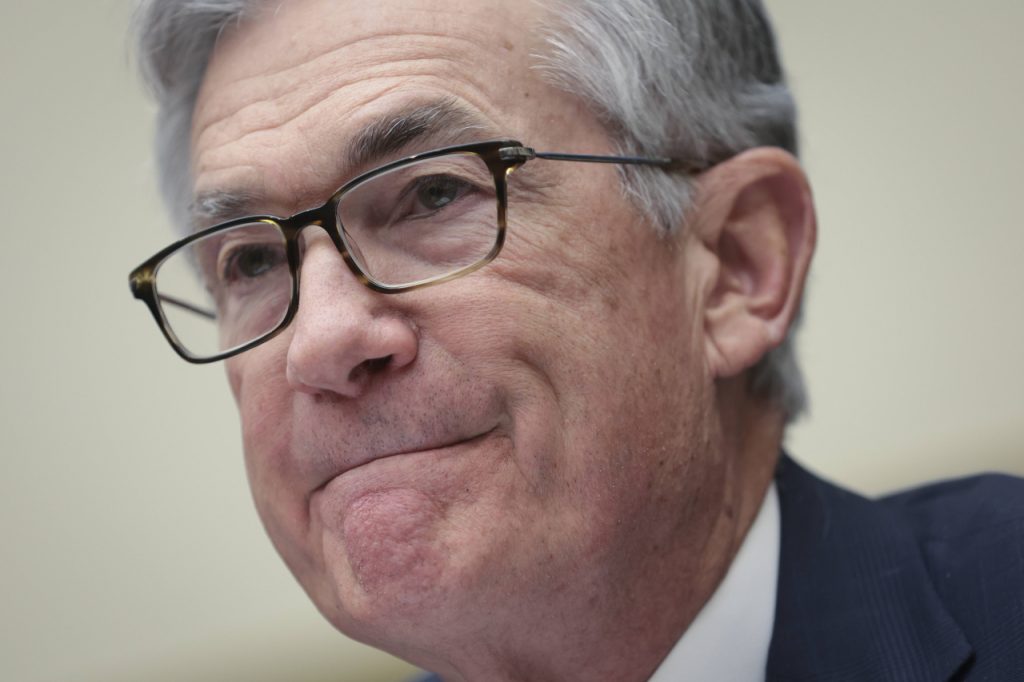 Powell Says He Will Raise Interest Rates by 0.25% in Two Weeks

Federal Reserve (Fed) Chairman Jerome Powell said on the 2nd that he supports a 0.25 percentage point rate hike this month.

As the world economy is on zero clock in the aftermath of the Ukraine war, the argument for a 0.5 percentage point increase before the invasion of Russia has been softened.

“With inflation well above 2% and a strong labor market, we expect it to be appropriate to raise the target range for the federal rate at this month’s meeting,” Powell said at a hearing on the House Financial Services Committee, Bloomberg reported. support has been formalized.

“If inflation continues to remain high, we are prepared to move aggressively, including raising interest rates further,” he added.

After the Federal Open Market Committee (FOMC) meeting in January, the Fed announced that it would raise interest rates soon, and the possibility of a hike in March has been a strong topic of discussion.

The current benchmark interest rate in the United States is 0.00-0.25%, which is virtually zero interest rate.

This will be the first time the Fed raises its benchmark interest rate since December 2018.

Bloomberg said the Fed will release new quarterly estimates for interest rates and the economy at the meeting, providing some guidance on how far and how quickly tightening measures will move in the coming months.

“We expect inflation to peak this year and then decline,” Powell said.

“Under the current circumstances, shifting policy adjustments will entail both raising the federal interest rate target and reducing the size of the Fed’s balance sheet,” he said.

This is interpreted to mean that not only interest rate hikes but also quantitative tightening by reducing Fed assets, which have been bloated by bond purchases.

He said the Fed’s liquidation of assets, which will take place shortly after the rate hike, “will proceed in a predictable manner, primarily through reinvestment adjustments.”

Powell said employers are having a hard time filling jobs, but workers are leaving their jobs and looking for new jobs where wages are rising at the fastest rate in years.

“The best we can do to support a strong labor market is to promote long-term expansion, which is only possible in a price-stable environment,” he said.

2020 Census: Apportionment of the U.S. House of Representatives