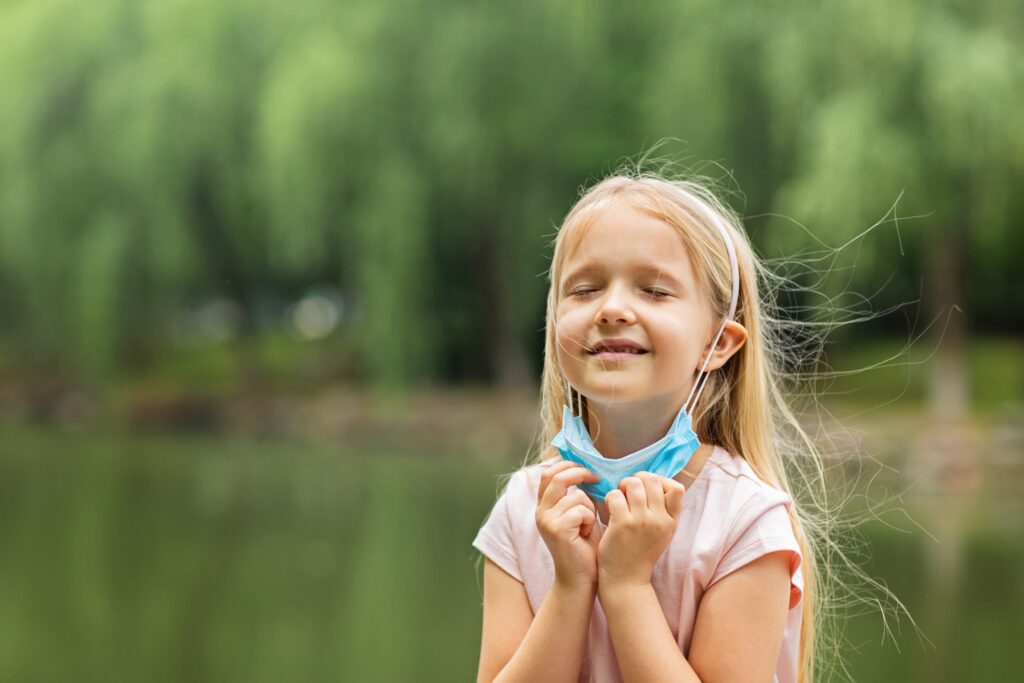 Oakland and Wayne counties announced Friday that students will no longer be under a county-wide school mask mandate as of March 1, marking the end of county-level mask orders in K-12 schools.

Washtenaw County also announced Friday that it, too, will lift its mask order, effective the same day.

“Since these orders were issued, pandemic conditions have changed considerably,” according to a statement issued by Washtenaw officials.

The counties stressed that they continue to recommend masking in public indoor settings.

Wayne County Executive Warren Evans, in a statement, said the decline in cases prompted the change but acknowledged that surges have followed previous drops in cases.

“This time I think we can feel hopeful that the light at the end of the tunnel is real,” he said.

The Oakland County mask order, in place since just before Thanksgiving, requires students, teachers and staff to wear a face covering, and applies to daycares as well. The county said it was holding off on ending the order until the end of the month to give schools and daycares time to alert board members and formulate their own policies.

“It actually isn’t a lot of time,” Mullan told Bridge Friday. “If any of the school districts — in the absence of a (county-wide) mask requirement — plan to formulate their own policies, it needs time to get info about best practices, time to put it before their own board, and time to prepare their students, staff and families.”

In its announcement Friday morning, the county cited a “a sharp decline in new COVID-19 cases and hospitalizations and increasing vaccination rates in Oakland County.”

“It’s always been about what’s going to be the best practice,” Mullan said of the health department’s change.

“The county’s test positivity (rate) has dropped nearly 50 percent; cases of COVID-19 during the week ending Feb.6 declined 40 percent, and the seven-day case average for Feb. 8 declined 83 percent from its peak in early January,” according to the county’s announcement.

In Washtenaw, health officials noted that “(s)tudents who test positive or are exposed as close contacts will continue to be excluded from school” under state rules.

Vaccines for children 5 and older have been available since November, and a vaccine for the youngest children appears to be nearing federal authorization, too.

“Our vaccine coverage is in a good spot,” Mullan said.

The decisions Friday follows similar announcements by eight other counties —  Ingham and six northern Michigan counties — across Michigan that this week announced they were rescinding school mask mandates next week.

Oakland County is the second largest in the state and has nearly 180,000 schoolchildren in 52 districts, including charter schools, second only to Wayne County, which has 267,000 students.

Michigan is averaging just under 4,000 new infections a day — considered high by standards established by the U.S. Centers for Disease Control and Prevention — but that’s a quarter of the cases reported just three weeks ago.

After hitting a peak of 5,009 COVID-19 patients in Michigan hospitals with confirmed or suspected cases of COVID-19 on Jan. 10, there were 2,595 patients as of Wednesday.

Since then, health leaders have reconsidered recommendations that for more than a year have ignited tensions, set off anger-filled school board meetings, created confusion, and prompted some students to switch schools in many communities. Some counties — Kent and Kalamazoo — allowed health department mask requirements simply to expire.

Despite the local decisions, the Michigan Department of Health and Human Services continues to recommend (but not require) “universal masking” in K-12 education, with department spokesperson Lynn Sutfin noting  Thursday that there remains a “high plateau” of cases.

County-level school mask mandates were first enacted as the delta variant swept the state last summer and fall, just as the school year was beginning. The Whitmer administration declined to make those decisions at the state level, leaving the decision (and controversy) to local government and education officials. SPONSOR

As of Feb. 3, 682,356 students — 54 percent of all Michigan public school students — were covered by mandates in 173 districts, according to the Michigan Department of Health and Human Services.

That was 22 districts and 37,000 students fewer than on Jan. 18. In recent weeks, officials have moved away from mandates, a trend that accelerated this week as leaders in Connecticut, Delaware, California, New York and elsewhere announced the easing of school mask mandates and other requirements. Nevada dropped its Thursday, effective immediately.

Plans to lift the mandates may make sense as case numbers fall, but it’s critical to continue efforts to vaccinate, said Dr. Matthew Hornik, president of the Michigan Academy of Pediatrics

“If the county wants to remove (the mask) mandate based on data and not public pressure, I’m all for that,” Hornik said. “But I would still recommend masking.”