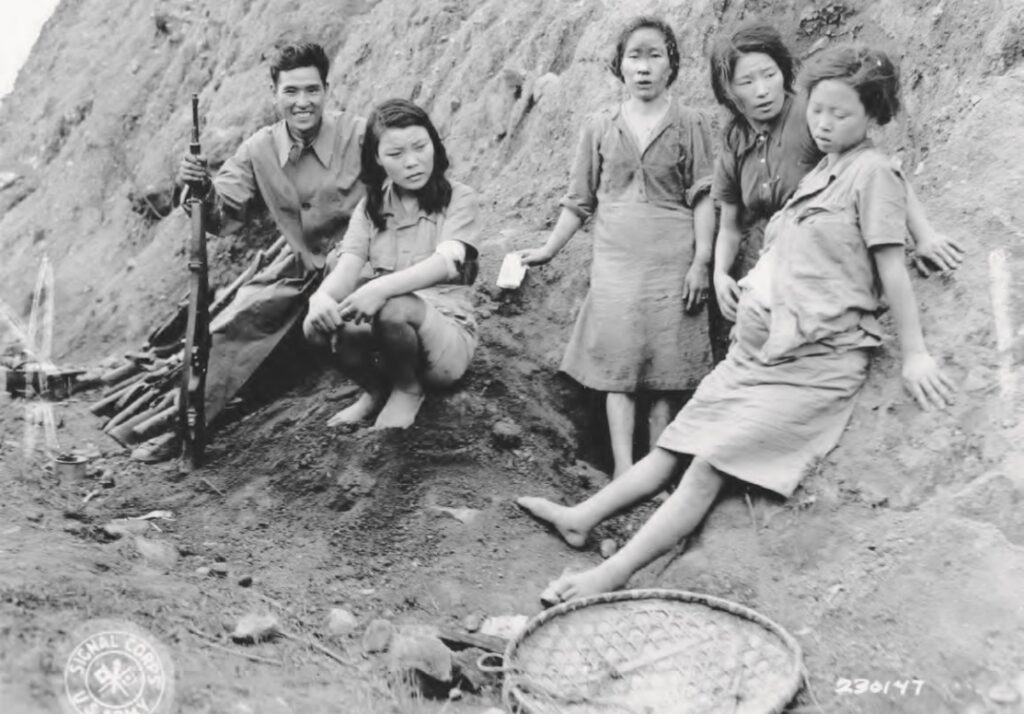 On December 28th, 2015, the South Korean and Japanese governments announced a “final and irreversible resolution” of the issue of former ‘Comfort Women,’ a euphemism for survivors of Japanese military sexual slavery roughly during the Second World War. An estimated 200,000-400,000 women – many in their teens – were forced, abducted, and coerced into sexual slavery by the Japanese Imperial Army; among them were Korean, Chinese, Filipino, Indonesian, Burmese, Vietnamese, Thai, Malaysian, Taiwanese, and even Dutch women.

Survivors’ groups have rejected this settlement because it deliberately fails to concede true responsibility for the crime. The victims, now in their nineties, have consistently demanded that Japan recognize its “legal responsibility.” Instead, the public announcement of the settlement states that the Japanese military was merely “involved,” distorting the truth that the military was the central organizer and perpetrator.

Without the acknowledgment of state responsibility, there is no assurance that this history would be included in Japanese textbooks; that remaining perpetrators would be indicted; and that the numerous government officials who falsely insult survivors as “prostitutes” would be held accountable. Far-right nationalists in Japan continue to deny history by calling the survivors “liars” and “prostitutes” despite authoritative findings confirming the women’s accounts, including a 1996 report from the United Nations Commission on Human Rights.

While the promised compensation of approximately $180,000 USD per person is minuscule compared to the horrendous torture and lifelong suffering that victims have endured, the monetary amount is not the core issue. Rather, the apology must express respect for the human dignity of the remaining survivors and those who have already passed away.

Japanese Prime Minister Abe premised the entire agreement on his “commitment to stop future generations from having to repeatedly apologize.” Where is his remorse for allowing this issue to stall for so long, despite the decades of protest? Where is his grief at the women who passed away year after year waiting for an official apology from Japan?

Furthermore, the Japanese government has requested the South Korean government to remove the “Girl Statue” in front of the Japanese Embassy, a memorial built by civilians in order to commemorate the victims. The survivors are adamant that the statute must remain in place as a reminder of history. If the apology is sincere, why does the Japanese government insist on the monumental statue’s removal?
As Hiroka Shoji of Amnesty International stated, “the women were missing from the negotiation table and they must not be sold short in a deal that is more about political expediency than justice. Until the women get the full and unreserved apology from the Japanese government for the crimes committed against them, the fight for justice goes on.”

We, the undersigned, stand with the survivors and their ongoing fight for justice. A settlement for crimes so personal and devastating cannot be final without the contribution and consent of the victims. We demand that the Korean and Japanese governments nullify the agreement and recognize the individual claims of comfort women. We demand that the “Girl Statue” in front of the Japanese Embassy in Seoul remain untouched, as a symbol of true repentance and hope for peace and reconciliation. We further demand that the Japanese government admit state responsibility for Japanese Military Sexual Slavery, make an official apology recognizing legal responsibility, and provide legal reparations to the victims.

What is the Michigan Medicaid income limit?