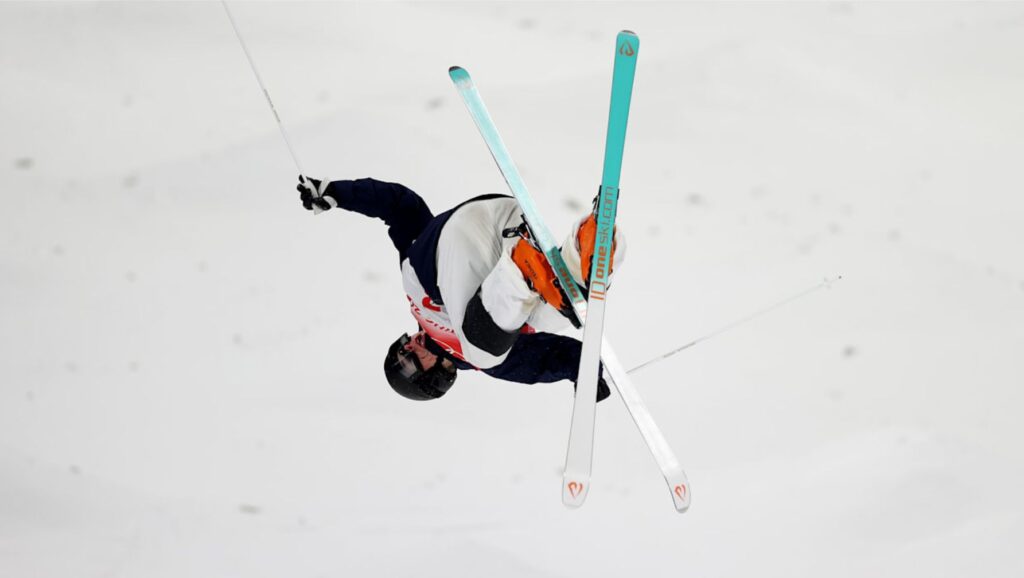 The moguls king is dethroned by the Swede, with the Canadian claiming silver, and Japan’s Horishima Ikuma wins bronze.

In the last run of the competition, Sweden’s Walter Wallberg claimed a shock gold medal in the freestyle skiing moguls event at the Zhangjiakou Genting Snow Park in Beijing on Saturday (5 February).

The 21-year-old, who has never won a World Cup event, performed the run of his life to claim the Olympic title.

Wallberg beat the most accomplished mogul skier of all time, Canadian Mikael Kingsbury, who has claimed 71 World Cup titles. Kingsbury had to be content with silver. Using his notorious all-or-nothing approach Japan’s Horishima Ikuma finished third.

“I’ve been away for two years, then rehabbing after a knee injury. So it’s an amazing feeling,” said Wallberg after the medal ceremony. “This gold has been the goal since I was a child. I’ve been working so hard for this so it’s amazing.”

Kingsbury was looking to add another crown to his collection and defend his Olympic Winter Games title from PyeongChang 2018. The 29-year-old does, however, continue to make history, becoming the first-ever athlete to win three Olympic medals in men’s moguls.

“Walter, with the pressure on, put down the best run of the day and props on him,” said Kingsbury. “I’m very proud of him too, to become part of our little group of Olympic champions.

“This is my third Olympic Games and I’ve had three medals. It’s awesome.

“Our sport is so much about performance on one single day and we have one event at every Games so it’s not easy. We don’t have another chance or another day to have another try. It’s everything on one day and I’m proud that I’ve been able to do that for 12 years.”

Wallberg scored 83.23 with the speed of his run – an astonishing 23.7s – likely proving the difference between his and Kingsbury’s. The Canadian showed his usual class and style in the aerials and turns, achieving 82.1 points from the judges but his speed was a comparatively lethargic 25.02s. Horishima’s score of 81.48 again highlighted the importance of speed as his fast and furious run contained a number of errors but was super speedy at 23.86s.

This was Page’s fourth run of the day as he had come through an early morning qualification run too. His air marks were high with just an increase in speed needed to take him to the next level.

Australia’s Cooper Woods-Topalovic, who was stoked to make the final, finished in sixth (78.88).

“What a day, what a night actually,” he said after his run. “I’ve just been working towards this for my entire life, my entire ski career. So to stand up there in the super final, it was just a star-struck moment.

“I’m a little bit lost for words, in all honest truth. It’s been a great night.”

His fellow Australian and 2018 Olympic silver medallist, Matt Graham, was devastated after not making it to the final six.

“I’ve put in so much work,” he said after the event. “It wasn’t the best lead-up but I knew with my entry and how I was skiing here, I had a lot to give tonight.”

The next freestyle skiing event is the women’s moguls, which take place Sunday (6 February) at 18:00 Beijing time.