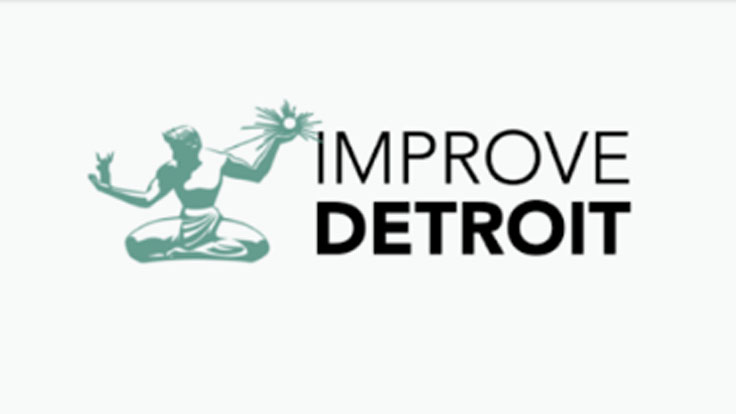 Immerse yourself in the customer’s world and get to know their struggles and triumphs inside out.” ― Dane Brookes

Most citizens of metro Detroit realize that the basic infrastructure of the city needs tremendous improvement. While downtown Detroit is bubbling with new businesses and upcoming artists, city services are lacking. It is a wonderful treat to visit the downtown area and partake in great food, free concerts, and beautiful parks; however, has Detroit completely turned around post bankruptcy?

While eating a great lunch at a popular downtown eatery over the weekend, I asked the owner about his experiences regarding opening a business in the area. The owner (who wishes to remain anonymous) complained of slow turnaround times with inspections, business registrations/licenses, costs and recording of costs, and all other paperwork shuffling prior to opening.

Some of the restaurant owner’s complaints range from unanswered calls to the Municipal building and/or city hall to extremely long hold times ranging from 30-50 minutes. After holding for long periods of time, he was then disconnected. When he did finally reach someone, they transferred him to another department to then be transferred back to the original department. The original department could not answer his questions. The department he was transferred to had no answers. He was extremely frustrated after calling for two weeks. He was ready to throw in the towel before his grand opening and would have if it were not for the money he had already invested in the business.

Upon interviewing another downtown Detroit business owner, I was quickly reminded of the same issues again and again. Unanswered calls, city clerk workers with no information, constant misinformation from workers at the city hall, price variances for inspections, permits, registrations, licenses, etc. No record of business registrar information in city computer systems was another constant complaint.

One Asian business owner received a ticket from the city for not having a business license. When the owner visited the Coleman A. Young Municipal Center, he was misinformed, ignored and treated poorly. He states that there are many workers but none with answers. The owner was lucky enough to meet a helpful lawyer in the lobby. The lawyer was able to answer some of his questions and direct him to the correct department.

Many Detroit business owners were interviewed and all had the some complaints. The question remains: Could potential business entrepreneurs be scared away from doing business in the city? If so, surrounding suburbs could benefit from our losses. The goal is to build revenue in Detroit not line the pockets of surrounding cities. How can city services be improved to prevent this from happening? Another question: What is the underlying problem of poor city services?

When receiving poor customer service, one tends to question management. We wonder if management is taking a positive or negative role in service. Is training inadequate? What are the job qualifications? What is the hiring procedure? What are the job requirements? Are workers simply underqualified? Are job candidates not screened properly? Are city employees underpaid?

Researching these common concerns brought about some useful  information. Many clerk/clerical positions listed on the city website range in pay from $40,000 – $60,000. Not bad for an employee who is only required to possess a GED or high school diploma in regards to education. Especially during a time when police officers, firefighters, paramedics, social workers, and teachers are making much less with higher levels of education. Inadequate pay must be ruled out in this instance.

Since job qualifications require only a GED or high school diploma, one can determine that employees are possibly underqualified for many positions within the business development/city clerk’s office. Not that those without a college education are by any means unintelligent but simply ignorant regarding several issues within the business realm perhaps. Quality training could make up for the lack of further education within the employment hiring process but could also be a problem. If workers are not being properly trained or taught, they cannot be blamed for inadequate service; however, common courtesy and manners are thought to come naturally to most.

All services of any kind are subject to reviews on today’s internet. Even the Coleman A. Young Municipal Building received reviews regarding service. These are some of the reviews that can be found to the public:

Mikeisha R. writes:  “Rude and unprofessional.  They lie to you so they won’t have to actually ” work “.  Each employee has a different set of rules.  One tells you to do this and when you come back after you’ve done xyz, another tells you it’s wrong!  Terrible customer service.  They are the main reason why people don’t want to move into the city.  It’s not the crime or the blight.  It’s the crappy people that you have to deal with to maintain being a citizen of Detroit. They make it hard when it doesn’t have to be.”

Suzanna S. writes:    “Worst employees that make the whole experience an unpleasant one! Strongly dislike coming down here for anything and dealing with the rudeness. It seems as though the employees are on a power trip and speaking down to people, even for things as trivial as forgetting you have a tiny glass perfume bottle in your purse or sitting on the wrong bench.  My goodness!”

Nathasja T. writes:   “What a bunch of inefficient, rude and sour people work at the county clerk’s office!  They have a hysterical poster on the wall that says something to the effect of “Customers do not interrupt our day, they are our day”.  Mmmhmhh. That’s probably why you don’t listen, walk off, are rude and throw my money and documents at me then?  Every single time I am in here I leave with raised blood pressure levels. There is plenty of deserving, unemployed people in the city of Detroit. If working is that big of a hassle – get off your dead ass and make room for somebody who would be glad to.”

To be fair, there were a couple of positive experiences recollected.

Lori H. writes:  “I am a family law attorney and I love handling cases in this building in the family court. The security is quick and friendly, the clerks/deputies/secretaries are super nice, and it is easy to get around the building.  Restrooms are clean, and for an older building, everything is kept up to date.”
Andrea F. writes:  “I was able to park on Jefferson at a meter (there are at least 8) for .50 for 1/2 hour.  I was applying for a marriage license.  I went thru security with no problem, went to the second floor, took a number, waited five minutes, paid the fee, waited five more minutes, got my instructions to return in three days and was on my way.  When I returned to my car I had three minutes left.  No problems.  There is five dollar parking underground as well if you are not sure how long you will be.  I was going to go all the way to Northville but am glad I just drove the 10 minutes to Detroit.  The folks are helpful, polite and competent.”

To sum it up, post bankruptcy Detroit is looking great. We are attracting potential business owners and successful entrepreneurs. Let’s step it up! We want to keep these business owners within the city limits and attract even more. We need to handle business in an effective, courteous, and capable manner. Detroit needs smart, efficient, well-trained, hard-working employees who can answer questions and directly assist those in need of answers. City managers/supervisors must be sure to hire those with excellent qualifications and skills while dismissing workers with poor attitudes and bad work ethic. Manage the city. Manage city offices. Keep Detroit employed. Make Detroit successful.

More than 20,000 marshmallows will rain from the sky