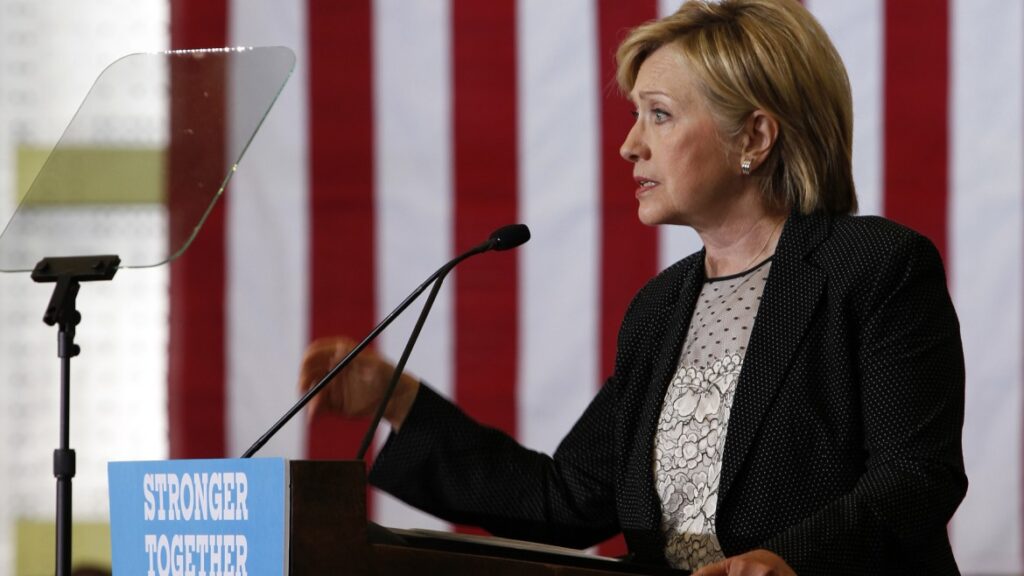 Hillary Clinton is committed to building an economy that works for everyone in Michigan, not just those at the top. While Michigan has created nearly 524,000 new jobs since coming out of the Great Recession, we still have a lot of work to do to ensure everyone who wants to work can find a good-paying job—one that pays enough to support a family. That’s why, in her first 100 days in office, Hillary will break through Washington gridlock to make the biggest investment in good-paying jobs since World War II.

An independent analysis by Mark Zandi, former economic advisor to John McCain, calculated that under Hillary’s plans the U.S.economy would create 10.4 million jobs in her first term—and we think it could create even more. By contrast, Zandi found that under Donald Trump’s plans, the economy would undergo a “lengthy recession” and lose 3.4 million jobs. If these gains and losses are distributed evenly among states in proportion to population, Zandi’s analysis suggests Michigan would see a gain of 321,000 jobs under Hillary’s plans and a loss of more than 105,000 jobs under Trump’s plans—a difference of 426,000 Michigan jobs.

HERE’S HOW HILLARY’S 100-DAY PLAN WILL GROW JOBS IN MICHIGAN:
Make the boldest investments in infrastructure since Eisenhower built the interstate highway system—rebuilding Michigan’s roads, bridges and airports and connecting Michiganders to broadband. Here in Michigan, the infrastructure and the drinking-water infrastructure have received a “D” grade from the American Society of Civil Engineers. It’s time to put Michiganders to work fixing our roads and bridges, including the 250 “structurally deficient” bridges in Michigan needing repair; expanding public transit so that more Americans have access to good-paying jobs; enhancing our seaports and airports; modernizing our power grids; and building world-class schools. We will connect all Americans to high-speed, affordable broadband: Today, more than one in ten of Michiganders lack such access, and in rural areas, the figure is nearly two in five. These investments will create good-paying jobs today, and unlock the potential to create good-paying jobs in the future.

Invest in Michigan’s manufacturing and crack down on trade abuses. Hillary knows we can “Make It in America” again. We will make America the first choice for production, revitalize hard-hit manufacturing communities, and invest in our workforce-strengthening Michigan’s $82.3 billion manufacturing industry and adding to the nearly 600,000 manufacturing jobs across the state. Companies that move overseas will pay a new “exit tax” so they think twice about avoiding paying their fair share – andcompanies will pay us back when they take tax breaks and then ship jobs abroad. We will enforce existing trade laws to protect American businesses and workers, and reject trade deals, like the TPP, that do not put U.S job creation first. And we’ll make areas like Detroit, Midland, Wayne, Greenville, and Flint eligible for new tax incentives to attract new capital and business.

Make America the clean energy superpower of the 21st century—helping to create more good-paying jobs in Michigan. We will set bold goals like installing half a billion solar panels by the end of Hillary’s first term and generating enough clean renewable energy to power every home in America within a decade—including all 3.8 million households in Michigan.

Break down barriers to employment for the formerly incarcerated and the long-term unemployed. Across the nation, more than 600,000 people annually return to their communities from prison; millions more come home after time in jail for low-level offenses. Too many lack the necessary tools to succeed following release. We will invest in reentry programs that help integrate the formerly incarcerated into our communities and economy. We will take executive action to “ban the box” for federal employees and contractors. And we will provide more robust, coherent, and accessible training programs and resources—helping training providers to scale up and respond to the needs of the local workforce and employers.

Support scientific research and technological innovation in Michigan. We will make bold new investments in research and technology, creating entirely new industries and the good-paying jobs of the future. Hillary’s plan will add to Michigan’s state investment of $12.8 million per year in research and development. And together, we can achieve bold research goals: preventing, effectively treating, and making an Alzheimer’s cure possible by 2025, and deepening our understanding of autism. Investments like these will not only create jobs, but will save lives and help America lead the world in innovation.

Donald Trump’s economic policies and priorities would be devastating to working families. He likes to talk about putting “America first,” but he didn’t do that as a businessman: his products have been manufactured in at least 12 countries. Trump ties in China. Trump shirts in Bangladesh. Trump furniture in Turkey. Trump picture frames in India. And Trump barware in Slovenia. Unlike Donald Trump, Hillary knows we are stronger together. That means building an economy that works for everyone, not just those at the top—and that’s why she is offering real solutions to create more good-paying jobs and get incomes rising across the board. Read the rest of Hillary’s economic vision here.

What’s the difference between in network and out of network?