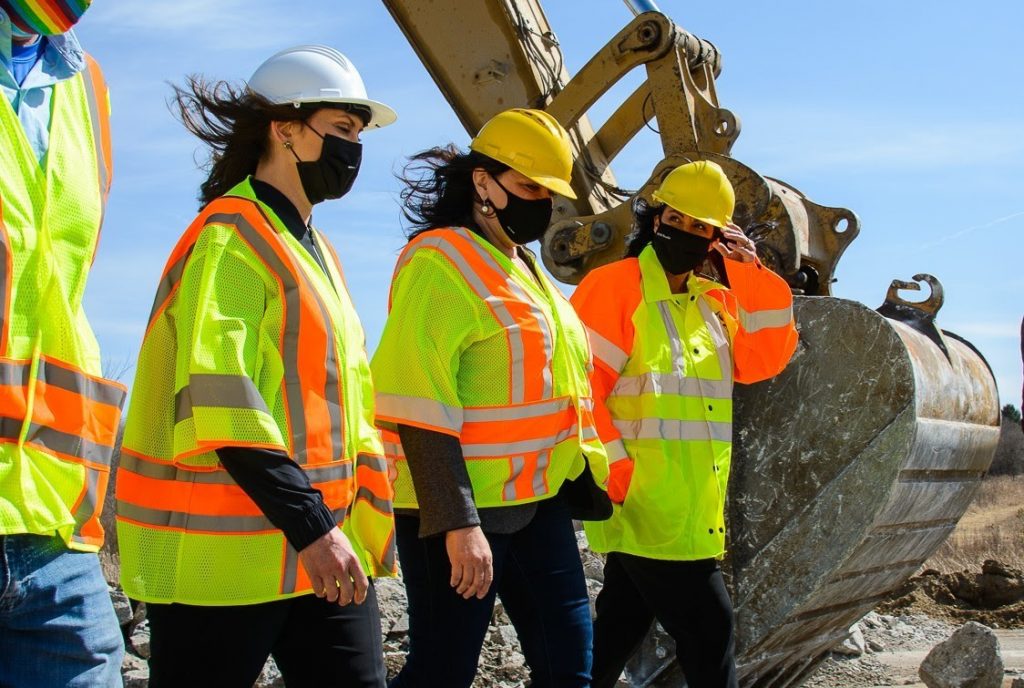 Governor Whitmer Announces Work to Fix the Damn Roads to Resume on 30 Miles of I-69 in Calhoun, Clinton, and Eaton Counties

LANSING, Mich. — Governor Gretchen Whitmer today announced that work is resuming on two Michigan Department of Transportation (MDOT) projects on 30 miles of I-69 in Calhoun, Clinton, and Eaton counties, an investment totaling more than $283 million that will support an estimated 3,594 jobs. This work is part of Governor Whitmer’s Rebuilding Michigan program to rebuild the state highways and bridges that are critical to the state’s economy and carry the most traffic. The investment strategy is aimed at fixes that result in longer useful lives and improves the condition of the state’s infrastructure.

“This construction season, we will keep building on the great progress we have made to fix I-69 and work to pass the biggest infrastructure budget in Michigan history,” said Governor Whitmer. “We are keeping our foot on the gas as we move forward with my Rebuilding Michigan initiative to fix the damn roads with the right mix and material, so commuters have a smooth, reliable ride for decades to come. Since I took office, Michigan has repaired, rebuilt, or replaced over 13,000 lane miles of road and over 900 bridges, supporting nearly 82,000 jobs without an increase at the pump. We will keep fixing the damn roads across our state.”

On Monday, work will resume on the $210 million investment to rebuild 25 miles of I-69 between Island Highway in Charlotte, Eaton County, and I-94 in Marshall, Calhoun County. Work includes rebuilding northbound I-69 from I-94 to north of Ainger Highway; rebuilding the interchange ramps at N Drive, M-78, and Ainger Road; rebuilding most of the I-69/I-94 interchange; replacing the 15 Mile Road bridge over I-94; and preventive maintenance on various bridges throughout the project area.

On Tuesday, work will resume on the $73 million investment to rebuild I-69 from Airport Road to the I-96/I-69 interchange in Clinton and Eaton counties. Work for that project includes rebuilding more than 5 miles of I-69, rebuilding the interchanges at Francis and Airport roads, and performing preventive maintenance and repairs on 13 bridges.

“We have made meaningful progress over the last couple of years, and I look forward to so much more because of the Rebuilding Michigan initiative,” added State Transportation Director Paul C. Ajegba.

The governor’s Rebuilding Michigan program is fixing the damn roads while supporting over 45,000 jobs. The $3.5 billion plan will continue rebuilding state highways and bridges that are critical to the economy and carry the most traffic without an increase at the pump. Rebuilding Michigan seeks long-term road health and improvements to the condition of the state’s infrastructure. The program will help Michiganders drive their kids to school, commute to work, run errands, or go up north more safely and smoothly. Investments in roads and bridges also help small businesses get the resources they need, where they need them on time.

The Importance of Diversification