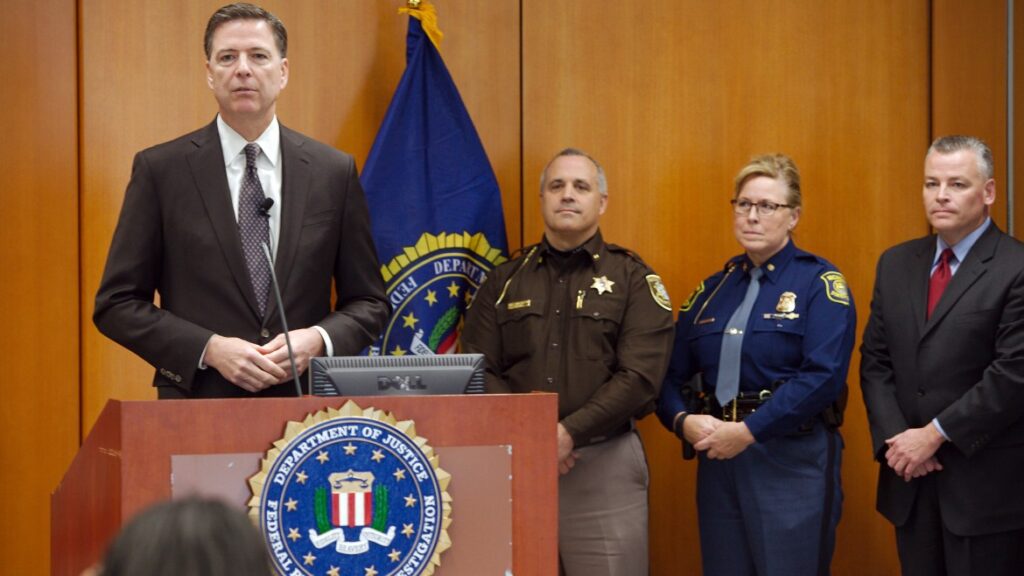 FBI Director James Comey visited Detroit on April 5 and urged its citizens to keep calm but remain guarded when it comes to terrorism.
“Please don’t freak out. That’s exactly what these savages want you to do” he stated.
Comey stressed that the FBI and other federal agencies are doing all they can to prevent terrorist attacks in the U.S., but urged the public to speak up if they see or hear something suspicious.
He also spoke about the Apple iPhone controversy, in which Apple recently fought the FBI over the request to break into the iPhone of one of the San Bernardino terrorist suspects.
Although Comey is a former federal prosecutor who knows the important of electronic evidence, he reassured the public that the FBI is not trying to tap everyone’s phones, but rather needs to be able to gain access to technology when national security or people’s lives are at risk.
He refused to sign a presidential order reauthorizing the NSA’s domestic eavedropping program.
“The challenge that the FBI faces is that everyone wants the agency to keep an eye on people who may be up to no good,” Comey stated.
“The question is how do you do it in narrowly tailored and appropriate, and when you’ve screwed up in some respect, how do you offer redress to people to fix that?”

“We’re never going to get that perfect. It’s a continuing journey. I think we’ve made steps to make it better. I think the redress procedures have gotten better and part of that the result of litigation.”

“It’s like police stops. It’s not the stop. It’s what happens after the stop that makes all the difference.”
His visit was also a chance to show that the FBI does not work alone.
“A key part of the FBI’s success is the people who are standing here beside me and the people who work for me,” Comey stated, gesturing to members of law enforcement in Metro Detroit.
“It is a truism that happens to be true: The FBI does nothing alone.”
Comey discussed how the FBI is battling the Islamic State on three fronts: the terrorist organization’s efforts to recruit Americans on social media; encourage those who cannot come to stay and kill where they are; and the consequences of so many people traveling to Syria to fight in the caliphate and then leaving to commit attacks across Europe.
“Trying to assess where somebody is on the path from consuming poison to killing innocent people may require us to conduct surveillance to understand where they are going. That is easy only on television,” Comey said. “So with the help of state, local and federal partners, we try to keep track of people headed toward a violent, violent destination to save lives.”
Oakland County Undersheriff Mike McCabe stated “I’m in my 39th year, and our relationship with the FBI is the best it’s ever been. It’s out of necessity. They need us and we need them. It’s a relationship that has to work and it does”.