Number of black military veterans in the United States in 2014.

The percentage of blacks 25 and over with a high school diploma or higher in 2014.

The percentage of blacks 25 and over who had a bachelor’s degree or higher in 2014.

Among blacks 25 and over, the number who had an advanced degree in 2014.

Number of blacks enrolled in undergraduate college in 2014 compared with 2.8 million in 2009, a 5.3 percent increase.

The number of blacks who voted in the 2012 presidential election. In comparison to the 2008 election, about 1.7 million additional black voters reported going to the polls in 2012.

Percent of blacks who voted in the 2012 presidential election, higher than the 64.1 percent of non-Hispanic whites who did so. This marks the first time that blacks have voted at a higher rate than whites since the Census Bureau started publishing statistics on voting by the eligible citizen population in 1996.

The projected black, either alone or in combination, population of the United States (including those of more than one race) for July 1, 2060. On that date, according to the projection, blacks would constitute 17.9 percent of the nation’s total population.

The black population in New York, which led all states as of July 1, 2014. Texas had the largest numeric increase since 2013 (88,000). The District of Columbia had the highest percentage of blacks (50.6 percent), followed by Mississippi (38.2 percent). 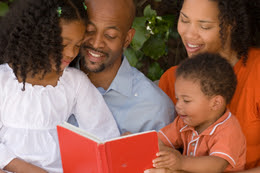 Cook County, Ill. (Chicago) had the largest black population of any county in 2014 (1.3 million), and Harris, Texas (Houston) had the largest numeric increase since 2014 (21,000). Holmes, Miss., was the county with the highest percentage of blacks in the nation (82.5 percent).

The annual median income of black households in 2014, compared with the nation at $53,657.

Poverty rate in 2014 for blacks, while nationally it was 14.8 percent.

Among households with a black householder, the percentage that contained a family in 2014. There were 9.9 million black family households.

Among families with black householders, the percentage that were married couples in 2014.

Number of black grandparents who lived with their own grandchildren younger than 18 in 2014. Of this number, 44.0 percent were also responsible for their care.

Provided By US Census

Rights of Undocumented Immigrants Under the Federal Constitution

May and early summer events