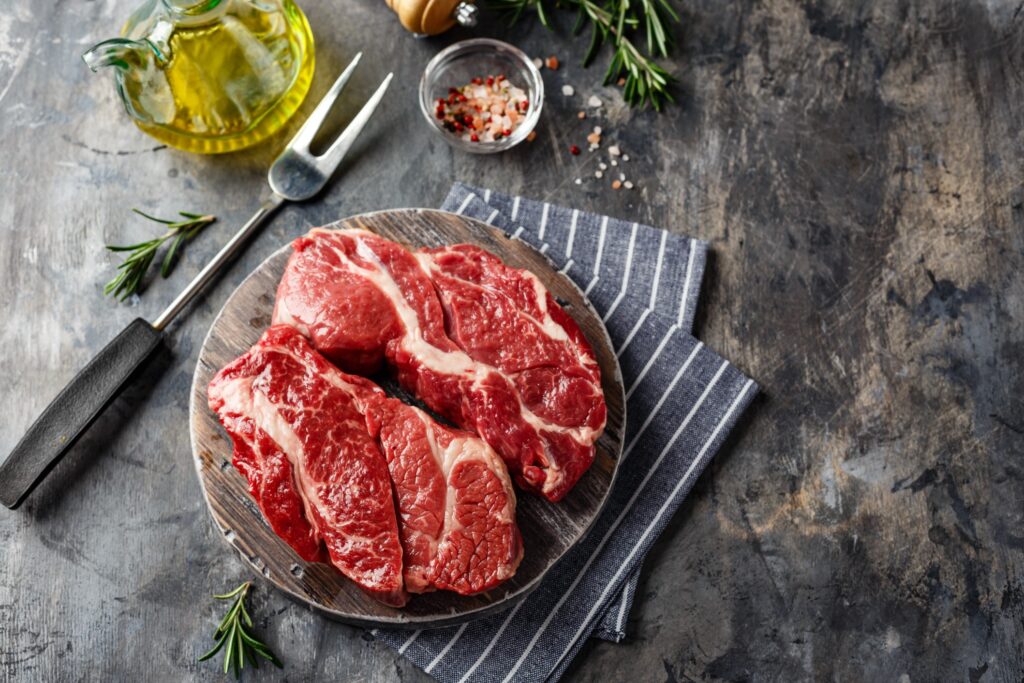 A study found that eating meat more than three times a week increases the risk of various diseases, including heart disease, pneumonia, and diabetes.

Although there are many existing studies that meat consumption increases the risk of cancer, this is the first time that a single study evaluated the association with 25 non-cancerous diseases.

The researchers assessed how often they ate meat based on dietary questionnaires completed by participants and looked at data on hospitalizations and deaths from 25 major noncancerous diseases.

As a result of the analysis, if you eat a lot of red meat such as beef or pork, or processed meat such as bacon and sausage, the risk of ischemic heart disease (a disease in which blood supply to the heart is not good due to impaired coronary blood flow), pneumonia, diverticulum disease, colon polyps, and diabetes increased.

Instead, the risk of iron-deficiency anemia is lowered…

Frequent consumption of meat was associated with an increased risk of these various diseases, but conversely, a lower risk of iron deficiency anemia was found. For every 50 g increase in the daily intake of raw red meat, the risk of iron deficiency anemia decreased by 20%, and for every 30 g increase in poultry meat, the risk decreased by 17%. However, no association was found with processed meat intake.

Based on these results, the researchers explain that people who do not eat meat need to be careful to ensure that they get enough iron, either through diet or as a supplement.

On the other hand, several studies have found that eating a lot of processed or red meat can increase the risk of developing colorectal cancer. The World Cancer Research Fund recommends limiting the intake of red meat to no more than three times a week (about 350-500 g by weight after cooking) and not eating processed meat as much as possible.