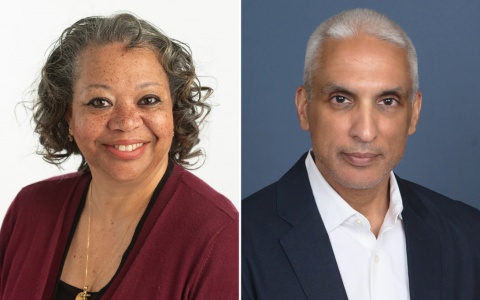 Dayton to Pyongyang: On the frontlines of U.S. Diplomacy

WHEN:
Monday, January 25, 2016
LOCATION:
Weill Hall, Annenberg Auditorium
735 South State Street
Ann Arbor, MI 48109
This event is made possible through the generous support of the Weiser Center for Emerging Democracies, the Nam Center for Korean Studies, and the Josh Rosenthal Education Fund.
Free and open to the public. Book signing and reception to follow.
This event will be live webstreamed. Please visit this page on the day of the event for viewing access.
Join the conversation on Twitter: #policytalks
Don’t miss a special screening of The Diplomat , hosted by Ambassador Christopher Hill at the Michigan Theater the same evening at 7:00pm. More details here: http://fordschool.umich.edu/events/2016/film-screening-diplomat
From the speaker’s bio:
Ambassador Christopher Robert Hill is the Dean of the Josef Korbel School of International Studies at the University of Denver, a position he has held since September 2010. In addition to overseeing the Josef Korbel School, Ambassador Hill is author of the book  Outpost: Life on the Frontlines of American Diplomacy: A Memoir(link is external) , a monthly columnist for Project Syndicate(link is external), and a highly sought public speaker and voice in the media(link is external) on international affairs.
Ambassador Hill is a former career diplomat, a four-time ambassador, nominated by three presidents, whose last post was as Ambassador to Iraq (April 2009-August 2010). Prior to Iraq, Hill served as Assistant Secretary of State for East Asian and Pacific Affairs from 2005 until 2009 during which he was also the head of the U.S. delegation to the Six Party Talks on the North Korean nuclear issue. Earlier, he was the U.S. Ambassador to the Republic of Korea (2004-2005), Ambassador to Poland (2000-2004), Ambassador to the Republic of Macedonia (1996-1999) and Special Envoy to Kosovo (1998-1999). He also served as a Special Assistant to the President and a Senior Director on the staff of the National Security Council (1999-2000).
Earlier in his Foreign Service career, Ambassador Hill served tours in Belgrade, Warsaw, Seoul, and Tirana, and on the Department of State’s Policy Planning staff and in the Department’s Operation Center. While on a fellowship with the American Political Science Association he served as a staff member for Congressman Stephen Solarz working on Eastern European issues. He also served as the Department of State’s Senior Country Officer for Poland. Ambassador Hill received the State Department’s Distinguished Service Award for his contributions as a member of the U.S. negotiating team in the Bosnia peace settlement, and was a recipient of the Robert S. Frasure Award for Peace Negotiations for his work on the Kosovo crisis. Prior to joining the Foreign Service, he served as a Peace Corps volunteer in rural Cameroon, West Africa, where he supervised credit unions.

What American Businesspeople Should Know About Korean Culture