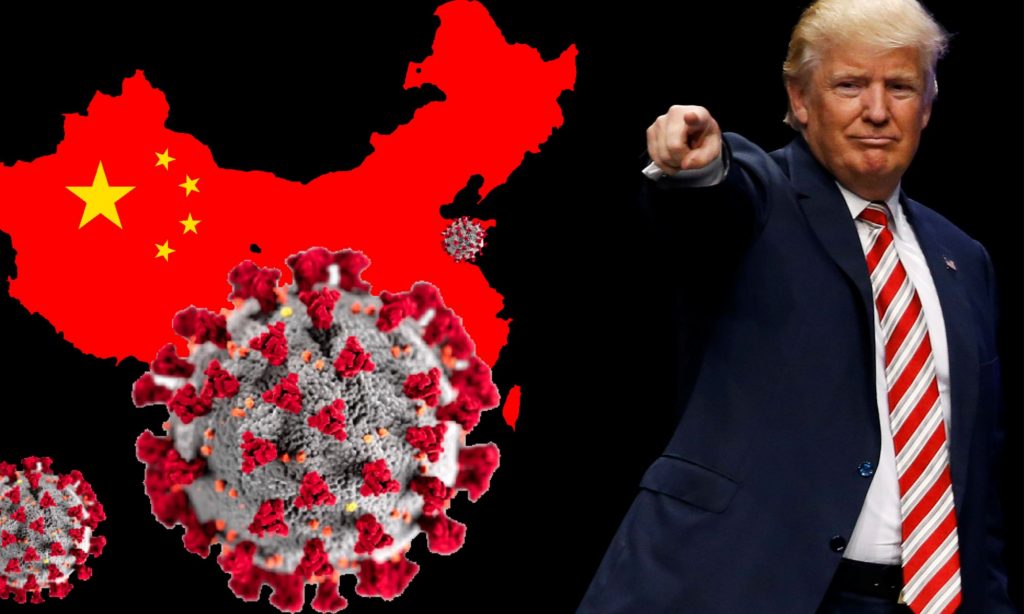 Chinese Americans in Michigan under Trump administration and COVID-19

The 48th annual gala of Association of Chinese Americans/ OCA Detroit opened this year with a video of last year’s gala, with pictures of many beautiful people dressed up in fancy clothes and sitting together around banquet tables in a large hotel ballroom. This was in stark contrast to this year’s gala, which was held virtually on Facebook Live. Although the gala’s theme, “Honoring Our Heroes — Courage Across Communities,” was a serious one, the host joked about the advantages of the virtual event, including not having to dress up or put on a tie, not having to wait for the food to be served, and most importantly, keeping everyone safe from COVID-19.

“Chinese Americans in Michigan have been playing an important role during this pandemic,” said Michigan State Senator Stephanie Chang. “Many health care professionals have been providing life-saving care. Many organizations and individuals secured masks early in the pandemic to donate to communities in need. Yet small businesses are struggling due to the pandemic and also potentially due to anti-Chinese sentiment riled up by the current president.”

Asian Americans and Pacific Islanders (AAPIs) are the fastest growing demographic in Michigan, growing at a rate of 71 percent since 2000. According to AAPIData and APIAVote analysis of 2018 US Census data, there are 368,042 AAPIs in Michigan, 44 percent of whom are concentrated in Oakland, Wayne, and Washtenaw counties in southeastern Michigan. The largest AAPI ethnic groups in Michigan include: Indian (112,368), Chinese (67,602), Filipino (40,847), Korean (32,893), and Japanese (20,883).

Over 50 Chinese American organizations and individuals came together early, in January, as Michigan Chinese American Coalition to Fight COVID-19 to raise funds and to use their connections with factories in China to purchase and donate personal protective equipment (PPE) to over 50 local Michigan hospitals.

“There has been a groundswell of effort in the Asian American community to be part of the solution to the health crisis,” said Roland Hwang, Association of Chinese Americans Board Secretary and American Citizens for Justice/ Asian American Center for Justice Board President. “The Association of Chinese Americans has been part of community efforts to raise funds and deliver personal protection equipment to several hospitals, nursing homes, several clinics, and police departments.”

At the same time, because ACA staff are largely working from home, Hwang said, “There has been a huge loss in the level of personal contact that is so important for the seniors and social services clients we serve.”

Senator Chang said that the Michigan legislature has worked in the past few weeks to codify the executive order regarding unemployment benefits, which will help many Michiganders, including Chinese American small businesses and their employees. “But there is more that we can do to ensure Chinese and Asian American owned businesses have access to loans and grants, to promote their businesses, and to combat any lingering anti-Asian sentiment,” said Chang.

American Citizens for Justice has received scattered reports of anti-Chinese and anti-Asian harassment, according to Hwang, that coincide with national trends and are intensified whenever President Trump blames China and calls COVID-19 “China Flu” or “Kung Flu.”

“The CDC and WHO advise against using rhetoric that associates the coronavirus with a specific group of people for a reason — because people might be stigmatized and harmed,” said University of Michigan Assistant Professor Melissa Borja who is working with Stop AAPI Hate. “However, President Trump and other Republican politicians have insisted on using terms like ‘Chinese virus,’ even as Asian Americans, experiencing a surge of anti-Asian hostility, have explicitly asked them to use responsible rhetoric.”
Two recent studies by Stop AAPI Hate examine the connections between politicians’ anti-Chinese and anti-Asian rhetoric on Twitter and increased hate incidents targeting AAPIs, as well as policies that explicitly target China or disproportionately impact Asian Americans. Of the 2,583 incidents self-reported to Stop AAPI Hate nationally between March 19 and August 5, 2020, including fifteen cases from Michigan, 789 (30.5 percent) included mentions of anti-Chinese or anti-Asian rhetoric. Many others were reported in local media.

“My main recommendation for people at this moment is to report hate incidents and hate crimes to Stop AAPI Hate and to relevant government agencies, like the Michigan Attorney General’s Hate Crimes Unit,” said Borja. “Advocating for leaders in schools and government to take this issue seriously is also important. Finally, encouraging people to do bystander intervention training so they know how to deescalate and intervene in potentially harmful situations is also valuable.”

Although Chinese Americans and Asian Americans are not a monolithic voting block, the upcoming election on November 3 gives the community an opportunity to make their voices heard. With 161,006 eligible voters, AAPI voters make up 2 percent of Michigan’s electorate, and growing. From 2010 to 2016, the number of eligible AAPI voters in Michigan grew 31 percent, compared to 3 percent growth for the state.

However AAPIData/APIAVote data shows that language is often a barrier. Voter turnout for AAPIs who are Limited-English Proficient (LEP) is nine percent lower than for non-LEP registered voters, and 63 percent say that Asian language support at polling places would be useful.

“With the rise of anti-Chinese and anti-Asian discrimination stemming from the pandemic, it is important for [Asian Pacific Americans (APAs), and particularly Chinese Americans] to make their political voice heard in this election,” said Richard Mui, Board President of APIAVote Michigan. “Finding scapegoats, particularly persons of color, for America’s problems is not a new phenomenon. It started back in 1882 with the Chinese Exclusion Act and has continued throughout history to the current day. The difference now is that the number of APA voters has grown substantially. To fight the hateful rhetoric and attacks, APAs must make their voice heard at the ballot box and elect leaders that will stand with them.”

To help get out the AAPI vote, APIAVote-MI has translated voting materials into Chinese, Korean and Bangla; hosted in-language Zoom meetings covering the election process and rights for the Chinese, Filipino and Bangladeshi communities; textbanked and phonebanked thousands of Michigan voters; partnered with ACA and other national partners in the National Voter Registration Day; and partnered with the NAACP and other local organizations in get out the vote efforts.

Borja also warns of the possibility of violence in the days before and after the election, similar to the explosion of hate incidents in the ten days after the 2016 election, where almost 900 hate incidents were reported to the Southern Poverty Law Center, 40 of which occurred in Michigan, more than any other Midwestern state.

“Now is the time for all of us to make a plan to ensure that we are all able to vote freely and safely,” said Borja. “We can all play a part in reinforcing nonviolent norms and keeping each other safe.”