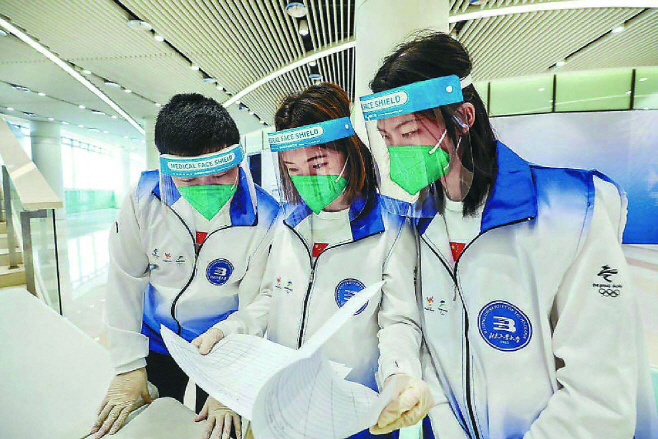 Beijing Olympics shaken from opening due to COVID-19

The Beijing Winter Olympics, which entered a fierce battle for 17 days, are faltering as the novel coronavirus infection (COVID-19) spreads among the officials of the Games. The reality is that if it goes in this state, it is being questioned whether the tournament will be held properly.

According to reports from Chinese media, including Xinhua News Agency, on the 5th, it is estimated that as of 00:00 on that day, the number of newly infected people in the tournament was 45. As a result, the cumulative number of COVID-19 patients among the 12,000 participants who entered China after the 23rd of last month reached 353, including one ski event executive from the Korean delegation. There seems to be a good chance that it will easily surpass 400 and reach 500 soon.

In the worst case, there is no law to prevent catastrophe. In response, Zhou Dinghuai, a business owner in Sanji, Haidian District, Beijing, said, “The quarantine authorities do not seem to be confident that Corona 19 will no longer spread. If the true spread does not subside, it should be seen that the event’s lameness is inevitable. If there are even deaths, the tournament could turn into a disaster.”

Moreover, the situation can become even more serious if there are cases in which players become infected. Currently, the organizing committee of the tournament has not released specific information about the event officials who have contracted COVID-19.

But the atmosphere is quite bad. Rumors are also rife that some of the winning players will not be able to compete due to infection. Sports critic Wang Dazao said, “If Corona 19 spreads among athletes, it should be said that it is usually not a problem. I wonder if this competition could become a festival of death.”

The fortunate thing is that the Corona 19 situation outside the stadium or the athletes’ village is finding stability. According to the announcement of the National Health and Health Commission (NHC) on the 5th, it was estimated that as of 00:00 on that day, there were only 9 confirmed cases in 31 provinces and autonomous districts on the mainland. It seems that it will not be long before the number of confirmed cases will be zero soon.

How do I get channels in Korean?