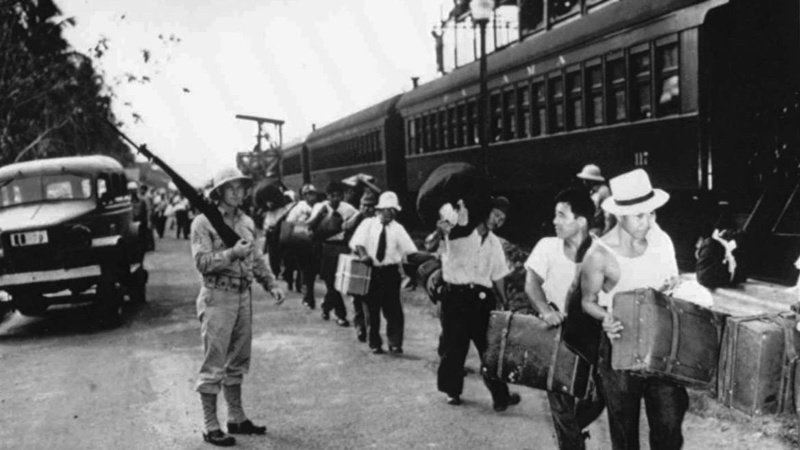 The Asian American Legal Defense and Education Fund (AALDEF) today sent a letter to the Biden Administration, calling on the U.S. government to honor a decision by the Inter-American Commission on Human Rights (IACHR), which directed the United States to make both moral and material reparation for the World War II era human rights violations against Japanese Latin Americans. The IACHR report urges the adoption of “necessary measures to ensure full disclosure of government information relating to the program of deportation and internment of Japanese Latin Americans during World War II.”

While the Biden administration has recently opened the door for discussions, over 22 months passed by while both the Trump and Biden administrations refused to meet with Japanese Latin American (JLA) community leaders, despite the clear intent of the IACHR decision and the negative impacts on the standing of the United States in the global human rights community.

“On the basis of determinations of fact and law, the IACHR concluded that the United States is responsible for violating Articles II (Equality before the Law) and XVIII (Fair Trial and Effective Remedy) of the American Declaration on the Rights and Duties of Man,” said AALDEF Executive Director Margaret Fung. “Reparations were made to Japanese American citizens and legal permanent residents in 1988, and the IACHR decision provides a firm basis for the United States to complete Phase 2 of that redress process by compensating Japanese Latin Americans as well.”

During World War II, Isamu Carlos “Art” Shibayama and his family, people of Japanese ancestry living in Peru, were kidnapped by and forcibly transported to the United States. They had their passports taken away, were branded “illegal aliens,” and were held in United States internment camps in Texas as hostages to be exchanged with Japan. Following the end of the war, they were released from detention but neither repatriated to Peru nor granted legal immigration status in the United States. In 1988, Congress passed the Civil Liberties Act, which provided some reparation to American citizens and legal permanent residents of Japanese ancestry, but excluded those like Art Shibayama and other Japanese Latin Americans who were neither citizens nor legal permanent residents at the time of their internment. For details, see the Inter-American Commission on Human Rights (IACHR) Decision in Shibayama v. United States, Case No. 12.545 (April 22, 2020).

“AALDEF was part of the broad-based human rights coalition that successfully litigated and lobbied for Phase 1 of the Japanese American redress campaign that ended in 1988,” said Phil Tajitsu Nash, Co-President of AALDEF and a teacher of Asian American Studies at the University of Maryland. “We are proud to participate in this second phase of the campaign, and will urge our Asian American and other human rights colleagues – as well as all people of good will – to join us in calling on the Biden Administration to redress Japanese Latin Americans immediately.”

o learn more about the Shibayama case and the IACHR process, visit the OAS/IACHR website or read the decision.