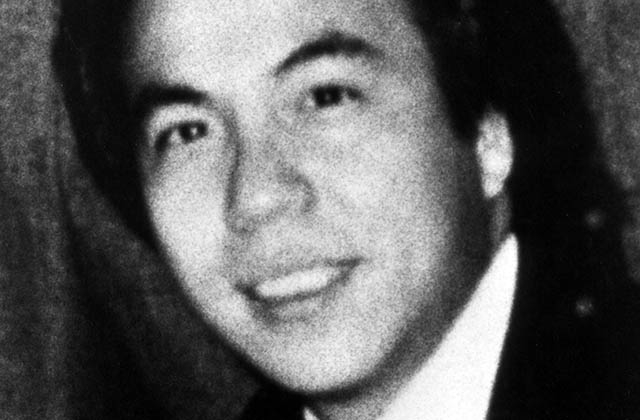 50 Years of Immigration: the Changing Face of Asian-American Discrimination in Michigan

It was 34 years ago this summer that 27-year old Vincent Chin, a Chinese-American raised in metro Detroit, was beaten to death outside of a McDonald’s restaurant in Highland Park.  His white assailants struck him in the head four times with a baseball bat, cracking his skull.  The event happened a week before Chin’s wedding.  Four days after the parking lot altercation, Chin was dead.

The brutality of the murder horrified Michigan’s Asian-American community, but what was even more apalling was the dispassionate unfairness of the state’s legal system: Chin’s killers, autoworkers Ronald Ebans and stepson Michael Nitz, never spent a day in jail.  In a shocking decision, Judge Charles Kaufman sentenced the men to 3 years probation and fined them $3,780, justifying his ruling with the explanation that “These aren’t the kind of men you send to jail.  You fit the punishment to the criminal, not the crime.”  To Michigan’s Asian-American community, the Judge’s statement was a slap in the face- Kaufman’s decision appeared to be racially discriminatory.

The savagery of the crime and the light sentence set off a wave of outrage and the tragic events of June 19th, 1982 led directly to a movement towards rights activism and political organization in the community.  The murder of Vincent Chin was the singular event that provoked the beginning of the Asian-American civil rights movement, a movement that’s led to a greater recognition of the challenges and issues surrounding discrimination in the state and across the nation.

But maybe the discrimination in the Michigan courts shouldn’t have been surprising.  Government-sanctioned discrimination in immigration law was commonplace across the country for the first half of the 20th century.  It was only in 1965 that President Lyndon Johnson signed the Immigration and Nationality act, replacing a system that favoured Americans of European descent over other races, allowing for the beginning of mass migration from Asia to America.  Immigrants came from all over, but particularly from countries broken by years of war and bombing, violence often influenced dramatically by the American government’s foreign policy decisions.  Citizens from Korea, Vietnam, Cambodia and Laos fled chaos, Communists and, frequently, the U.S. military to create a new home in America.

In the years since the act became law, and by almost all metrics, these incoming citizens have done better than other ethnic minority groups in terms of financial success.  Asian Americans tend to be well-educated, wealthy and true believers in the “American Dream”.  It’s no surprise that 69 percent of Asians believe that all it takes is a strong work ethic to make it in America, a percentage that contrasts somewhat with the nearly as hopeful 58 percent of the general public who think the same.  The educational performance of Asian-Americans is also well-known, but the astounding number of college-educated of Asian-Americans is worth visiting: 53 percent have a bachelor’s degree, nearly double the rate of the general population at 28 percent.

But the community’s hard work hasn’t yet been enough to break what some call the Bamboo Ceiling: Asian-Americans remain underrepresented in top jobs around the country.  One of the most glaring examples of this underrepresentation can be found in Silicon Valley and in the broader Tech industry, where Whites are 154 percent more likely to become executives compared to their Asian-American peers.  Buck Gee, Janet Wong and Denise Peck, Asian-American executives who put together data from Google, Intel, Hewlett Packard, LinkedIn and Yahoo for a report published by the Asian-American NGO Ascend, discovered that 27 percent of professionals, 19 percent of managers and 14 percent of executives were Asian-American.  Discrimination is even more prevalent in the highest ranks of the country’s elite.  Asian-Americans are practically non-existent in the Fortune 500 listing of top CEOs with just 8 representatives and, of the more than 3000 colleges in the U.S., less than ten have Asian-American presidents.  In spite of this Bamboo Ceiling (and if we’re being honest that term feels a little bit racist), Asian-American men have the highest median hourly earnings of any ethnic demographic in the country with an income of $24/hour, compared to $21 for White men.  Asian-American women earn the highest hourly wage of ethnic group with $18/hour.

On the other end of the economic scale, however, Asian-Americans are actually one of the fastest-growing populations in poverty since the Great Recession, according to a recent report from the Center for American Progress.  Statistics show that the number of Asian-Americans living in poverty rose by 37 percent, more than the national U.S. increase of 27 percent.  And according to the White House Initiative on Asian Americans and Pacific Islanders, Southeast Asian groups are some of the nation’s poorest: 19 percent of Laotians, 29 percent of Cambodians and 38 percent of Hmong live in poverty across the country.  This is due in part to rising rents and other gentrification trends in metro areas, as well as the difficulty that refugees and other new arrivals have in terms of professional skills not being recognized and a lack of English language proficiency.  Of course, these issues of employment and housing discrimination, as well as the overall problem of poverty in Asian-American communities, tend to get lost when using the all-encompassing term ‘Asian-American’: the umbrella term actually encompasses 48 language groups.

According to a study from the University of Michigan, discrimination can also lead to chronic health problems, including pain and cardiovascular and respiratory conditions.  The study stressed that policies designed to strengthen civil rights can also promote health.  Data from 2,095 respondents, including Chinese, Vietnamese and Filipinos led Gilbert Gee, the study’s lead author and an assistant professor of health behavior and health education at the U of M’s School of Public health, to state that “Our findings are noteworthy in countering the notion that Asian-Americans are a ‘model minority’ who do not experience discrimination.”

3 things we learned after injecting the coronavirus into 36 people