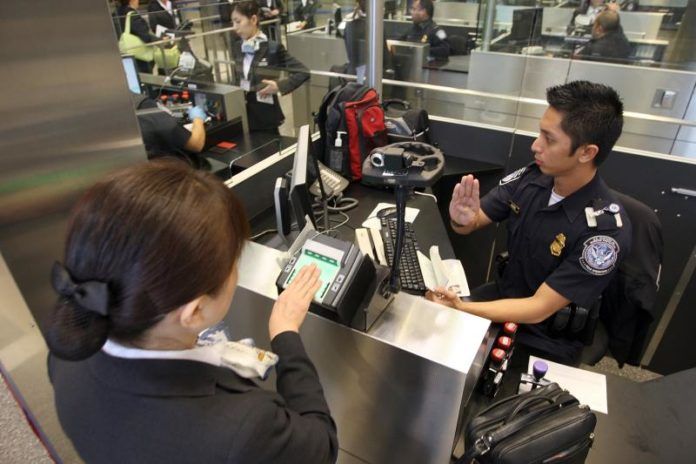 Generally, if you have overstay power that has stayed in the United States since the expiration of undocumented, smuggled, or nonimmigrant visa, you may be denied entry. Foreigners who voluntarily enter the U.S. for 180 days to one year cannot enter the United States for 3 years, and cannot re-enter the U.S. for 10 years if the illegal period is more than one year. Foreigners who violate criminal law may also be denied entry to permanent residents or conditional permanent residents.

If you are deported from the United States or your visa is denied by the U.S. Embassy based on the fact of a specific violation of law, you can file an amnesty petition. However, these petitions are not granted to all immigrant or nonimmigrant applicants.

Applicants who wish to temporarily visit the United States on a nonimmigrant visa can apply for a pardon with the Immigration Department if the non-entry is not related to national safety or significant criminal activity. If the application is approved, the nonimmigrant visa will be granted a temporary entry permit after the consular interview, as opposed to an amnesty for the immigrant visa.

An amnesty applicant can apply for a pardon if he or she can prove the reason for his/her refusal to enter the country, which is the reason for the following permission requirements: In addition to creating reasons, evidence must be submitted. Generally, if no evidence is clearly presented, the Immigration Department will serve the applicant with a letter requesting further evidence, and if there is no submission of additional materials, the immigration department will refuse the application.

First, the reasons for disallowtion must be resolved. In the case of health or health problems, it is a way to prove that the problem, such as medical treatment, has been resolved and that the reason for the inability to enter the country has been removed. In general, the easiest form of amnesty is the highest rate of approval by the Immigration Department.

If the reason for the disallowance is based on incorrect facts, you are submitting material that can reverse that judgment. Generally, there was a problem with the judgment of the U.S. Immigration Department, consular officer, or immigration officer. In this case, if there is evidence that evidence is not true, the probability of obtaining approval is high if there is a clear basis for claiming that the entry is invalid, and if it is clear, a visa may be issued at the consular judgment before Waiver.

It is a way to request permission to enter the United States by arguing that there is no room for recidivism, either in the lottery or in a considerable amount of time from past transgressions. If it becomes a lottery, you need to submit a basis for that fact to apply for permission, and if the incident occurs and it has been a long time coming, the most important thing is that you must be living in your home country with a stable social foundation. And the more you demonstrate that there is a clear purpose to visit based on that fact, the more likely you are to be approved.

You may need to consult with us with an affidavit that you received when you dissocied from entering the country. This is because the direction of progress or difficulty of the case may vary depending on which statement is stated. You should also work consistently in a good job and try to show that you have a stable foundation in Korea.

There is no set time for the application to be banned from entering the country, and the screening period typically takes 8-10 months, but in some cases it is shortened, or the results are often waited for more than a year. If you have any issues that may be a problem with your visa issuance because you cannot anticipate the estimated time required to issue a visa, you may want to consult with a shade house specialist and make a decision.

Shade houses have experience that has led to success, even in extremely difficult or unsuccessful cases. We will take advantage of the many success stories we have accumulated over the years to get your case approved.

If you have a problem entering the U.S., please consult with our shade shop experts to find a solution.
We will help you find a way to find out what kind of request you have and enter the United States.

We are most accurate in assisting you with all immigration cases as well as other legal documents.

If you have any questions about immigration law, please feel free to contact us.