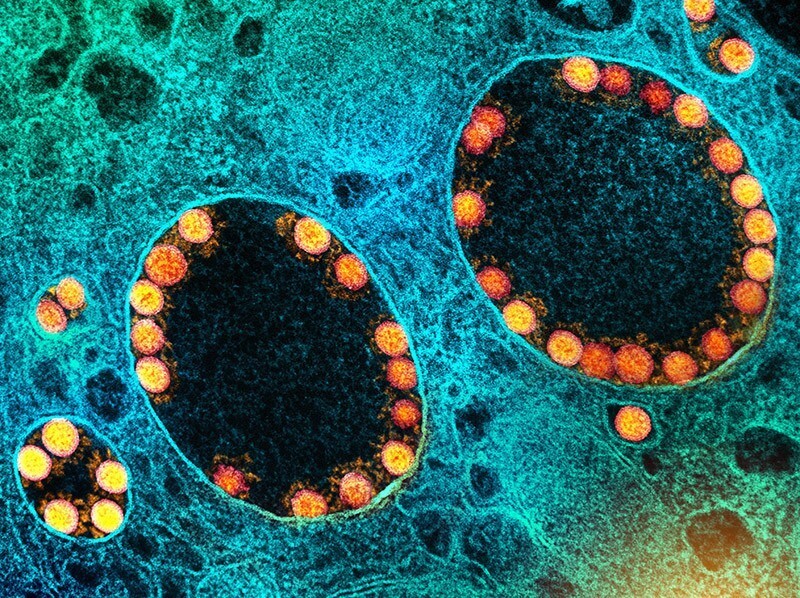 3 things we learned after injecting the coronavirus into 36 people

The results of the world’s first COVID-19 “Human Challenge Trial” conducted in the UK in February last year were released.

A human-induced test is to intentionally infect a virus and examine how the human body responds. Although it is intended to develop effective disease prevention and treatment, it is also an ethically controversial test because life may be put at risk during the test process.

A UK joint research team led by Imperial College London conducted a human induced test on 36 healthy adult males and females between the ages of 18 and 30 who were infected with or not vaccinated against COVID-19. The process was closely monitored.

According to the test results published by the research team in ‘Research Square’, a collection of pre-published papers in the international scientific journal ‘Nature’, the test participants started showing symptoms on average two days after exposure to the virus.

Symptoms started in the airways (throat), and virus levels peaked 5 days after infection. The place where the virus was most detected was in the nose (nasal cavity).

18 people, half of the participants, were infected, and 16 of them had mild or moderate cold symptoms, such as stuffy nose, runny nose, sneezing, and sore throat. Some participants showed symptoms of headache, muscle pain, joint pain, fatigue, and fever. Thirteen of those infected said they temporarily lost their sense of smell. However, with the exception of three patients, the sense of smell returned to normal within 90 days. The other three said their symptoms continued to improve after three months. There were no symptoms of disease in the lungs.

The virus used in the test was collected from an infected person in the early stages of the COVID-19 pandemic, before the appearance of the mutation. After injecting a small amount of the virus into the test participants’ noses, the researchers intensively monitored the progress of the infection in a hospital for two weeks. However, two of the participants showed an antibody reaction before the virus injection, so they were excluded from the analysis.

In the case of COVID-19, it is usually difficult to know whether or not an infection is present until symptoms appear, so this human-induced test is meaningful in that it is the first time that detailed data related to the reaction in the human body have been obtained immediately after exposure to the virus. The research team achieved three major achievements in this study.

Second, the most active place for virus proliferation is in the nose (nasal cavity).
The place where the virus first began to multiply in earnest was in the neck. In the throat, 40 hours after infection, and in the nose 58 hours after infection, the virus was positive. However, the highest virus levels were much higher in the nose than in the throat. This means that there is a greater risk of the virus being excreted through the nose than through the mouth. They also remind you to cover both your mouth and nose when wearing a mask. Those who were asymptomatic had similar levels of the virus.

Third is the usefulness of lateral flow tests.
The research team revealed that the rapid antigen test, which involves inserting a cotton swab into the nose to collect a sample, can serve as a good indicator to determine whether there is an infectious virus. The rapid antigen test results matched well with the PCR (polymerase chain reaction) test results throughout the infection process. However, the accuracy was poor at the time of the start and end of the infection when the virus level was low.

The research team said, “The rapid antigen test provides reliable data to determine whether the test subject is infected with the virus and whether it is possible to release the quarantine status. Diagnosis is possible before % is created.”

Professor Christopher Chiu of Infectious Diseases, who led the study, said, “Sensitivity (the ability to detect a positive person) may be low on the first or second day of infection, but with repeated use, it can play a major role in suppressing the spread of the virus. there,” he said.

A human-induced test for delta mutation is also planned.

The researchers evaluated that this study showed a model of human provocation tests. In a press release, the researchers said, “All participants in this groundbreaking trial conducted at London’s Royal Free Hospital showed only mild symptoms and showed that it was safe to repeat the test. ” he asserted. “The most important thing is that there were no serious symptoms or clinical concerns in the infection test in healthy young adult participants,” said Professor Chiu. The level of virus injected into the participants was the minimal amount that could cause infection. This is comparable to the amount found in a droplet in the nasal cavity when the infectivity is highest.

The researchers plan to find out why some people get infected and others don’t get infected even when they are exposed to the same amount of virus in the future. The international academic journal ‘Nature’ discussed the possibility that the coronavirus, which causes a cold, exerted an immune effect against COVID-19, and the possibility that it is a strong innate immunity that does not even need this.

The research team is also planning a human-induced test for the delta mutation in people who have received the vaccine as soon as conditions arise. To this end, we are currently working on securing a delta-mutated virus for testing.

Profits from the exam?… still a promise

However, some researchers have questioned whether the results of the study are important enough to take the risks that the study participants may face, Nature said. For example, Meghan Deming, a virologist at the University of Maryland in the U.S., told Nature. “More than a quarter of those infected with the virus experienced a loss of smell or taste for more than six months. We need to keep an eye on it,” he said. They say that the scientific and social benefits that can be obtained from the human-induced test are a promissory note for now and are not yet in their hands.

A reward of £4565 (approximately KRW 7.46 million) was paid to participants in the COVID-19 human induction test.

Know Your Options if Your Home Loan Payment Suspension is Ending

Struggling to Pay Rent? What You Can Do to Stay in Your Home